17 tracks take you through a real journey of shockingly original pulsating sounds that tie to Punt but sound more accomplished and distinctive in style. The album was again recorded between Ethiopia, Mali and the UK whilst Dan Harper was aid working, with the mixing finished in country. Many known guests again feature on this album including Portishead's Adrian Utley and Skip McDonald (African Head Charge, The Sugar Hill Gang, Tackhead and Little Axe. 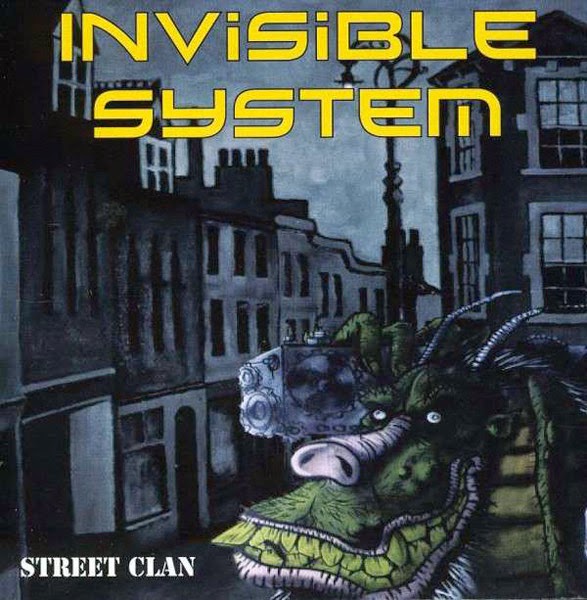 It’s impossible not to admire Dan Harper. Until five years ago, he was an aid worker in Ethiopia, where he not only became fascinated by the country’s remarkable music scene but built his own studio in Addis Ababa and managed to persuade leading local artists to record with him. He also invited producer and bassist Nick Page, also known as Count Dubulah, out to Ethiopia and introduced him to his musical friends; as a result, Page formed his highly successful Ethiopian fusion band Dub Colossus.

Once he returned to England, where he now works as an unconventional music teacher in the West Country, Harper continued work on a fusion project of his own. He persuaded an impressive selection of British musicians to add their contributions to his Ethiopian recordings, and the result was the album Punt, credited to a band Harper called Invisible System. It included a remarkable cast, from the legendary Ethiopian singer Mahmoud Ahmed through to punk hero Captain Sensible, guitarist Justin Adams and Count Dubulah; the results veered from African styles to psychedelic rock, trip-hop and dub. Although this was originally something of an obscure DIY release, Harper managed to bring his work to national attention, and won impressive reviews.

Since then, the two Ethiopian fusion experiments have continued. Dub Colossus, now a rousing live band rather than merely a studio project, have a new album of Ethio-jazz and reggae fusions, Addis Through the Looking Glass, while Invisible System have a very different second set, Street Clan.

Once again, the album is based around recordings that Harper made in Africa – this time in Mali as well as Ethiopia – to which he adds his own guitar, bass, synth programming, percussion and production work. Then there are contributions from a new set of Western musicians, including the great American guitarist Skip McDonald, Adrian Utley (Portishead), Stuart Fisher (who has worked with Courtney Love), and members of psychedelic hippie heroes Ozric Tentacles. Then there’s Jamaican singer Dennis Wint, who Harper met in the Somerset town of Frome, where he lives and works.

Street Clan is even more wild, frantic and unexpected than Punt, with sections that work brilliantly and tracks where Ethiopian vocals are surrounded by a blitz of thrash guitar and percussion, results ranging from exhilarating to messy. The best tracks come towards the end, where the emphasis shifts from the clash of African vocals with full-tilt Western guitars, through to more conventional dub reggae. There’s still an African edge to Teenage Lion and Broken Heart, thanks to the vocal work from Zewditu Tadesse; but Wint dominates the songs with an energy and style that makes him sound like an unlikely male answer to early Patti Smith.

There's a huge sea change between Invisible System's debut and this sophomore outing. Where the first was definitely based around Ethiopian music, this is a much more amorphous and adventurous beast. If it needs to be defined, it's a rock -- maybe even post-rock -- album. Ethiopia is still there, and some of the music was recorded in Addis Ababa. But many of the sounds were made in England using a truly staggering range of musicians, and there's a powerful Jamaican influence at work here, too. If you need an analogy, think of the work of Adrian Sherwood, or even some PiL (in fact, "Mutant Miners" sounds like it could be have been smuggled off some fantastical PiL album). This is world music in the sense that it was made by people from different parts of the globe coming together, but its roots are in the here and now rather than in any tradition. It's challenging, adventurous, and heavily textured; the tracks were recorded live and later chopped up and mixed, although you'd never notice the joints. It might prove to be one of the finds of 2011, a real sonic adventure that speaks highly of Dan Harper, the man behind it all.

PLS PLS PLS the link is expired. Pls update it.

Great blog... I believe you re-uploaded 'Punt' instead of 'Street Clan'. Any chance of re-uploading 'Street Clan'? Thanks for the work you are putting here.


omg, obviously I made mistake and reupload wrong album :-)

here it is Street Clan :