... no new posts until september!

Gabriel Teodros (born 1981), is a hip hop artist and a member of the groups Abyssinian Creole and CopperWire. He is of Ethiopian, Scottish, Irish and Native American descent,and was raised on Beacon Hill, Seattle, Washington. Teodros' music often features socially conscious themes, and he was a catalyst in the surge of dynamic underground rap acts from the Pacific Northwest during the first decade of the 2000s. 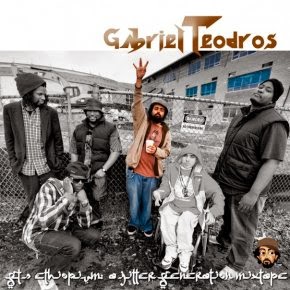 Born and raised in Seattle, Washington to an Ethiopian mother and a father of Scottish, Irish and Native American descent. His parents met through anti-war organizing in the 1970s, and they split up around the time Gabriel was born. He stayed with his mother, where he met grandparents, uncles, aunts and cousins as they first emigrated to the United States and all stayed in the same house. 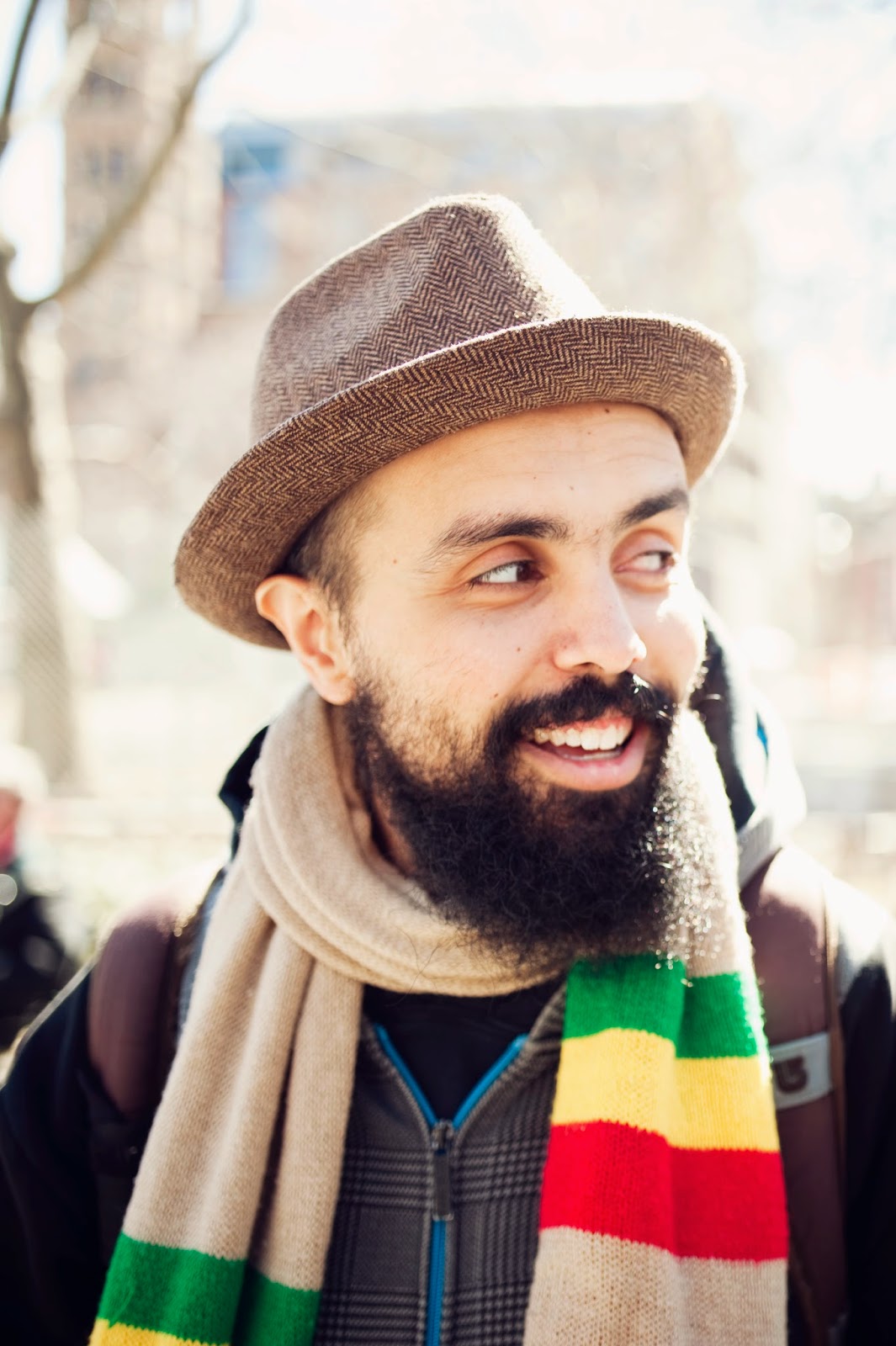 His relationship with hip hop culture began at a young age within the South Seattle neighborhood of Beacon Hill. “A lot of kids in my neighborhood were affected by gang culture. And I kind of had a death wish. I felt like, at an early age, that I wasn’t going to live to 21” he said in an interview with Sheeko Magazine. He spent his high school years in Las Vegas, Nevada where as one out of approximately 30 students of color in a predominantly white school, something within him changed. “It was the first time I understood that there was a system in place that wanted kids like me to want to die. And understanding that in high school made me want to live.” he says in the same interview.

The former breakdancer, graffiti writer and closet-emcee finally began to take his career path seriously at age 16, using hip hop to both understand and explain his world.

In December 2009, Teodros released GT's Ethiopium: A Jitter Generation Mixtape. This release shined a light on the realities of Ethiopia, touched on America’s own imperfections & stressed the importance of exploring one's own intelligence and spirituality. It was made completely using instrumentals from Oh No's Ethiopium, which was made completely using old-school and rare samples of Ethiopian music.

Following in the tradition of Dr. No's Oxperiment, Oh No delves headfirst into an album inspired by and sampled from rare 60's and 70's Ethiopian funk, jazz, folk, soul and psychedelic rock.

Even if you've never heard an instrument tuned to the qenet scale before, even if you're more into ballads than you are tezeta's, Oh No's transformative effect on his source material will blow you away in its otherworldy funkiness. 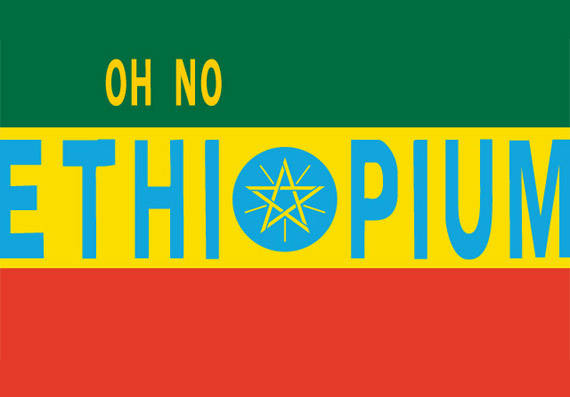 
Born in the land of heritage and culture, Rasselas has been fortunate to grow up familiarized with tradition. He was the only son out of three children. His father traveled very often on business. When he returned home from his business trips, he would always bring along many souvenirs from the country he has visited.

Rasselas was most interested in the records that his father would bring. These records grew into a considerable collection of a variety of music from around the world. As a result, he was familiarized with many genres of music and he enjoyed all of them very much. Among the records he used to listen to as a child were The Beatles, Stevie Wonder, Lionel Ritchie, Marvin Gaye, Michael Jackson and many other Ethiopian and African artists like Tilahun Gessesse, Mahmoud Ahmed, Ephraim Tamiru, Aster Aweke, Mariam Makeba. Some of his favorite Hip-Hop artists include Tupac, Snoop Dogg, KRS-One, Rakim. 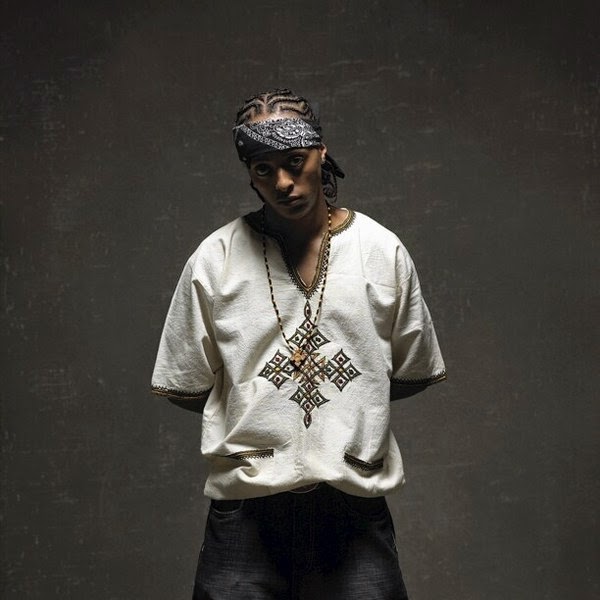 During his school years, he grew up exposed to different cultures and languages other than his mother tongue Amharic. He had the opportunity to learn English and French. In high school, he was known as the class musician, always entertaining his friends with a new rap verse he has learned. His English teacher was very impressed by his rap and often called him to the front of the class to demonstrate his art.

In December of 1997, Rasselas moved to Canada with his family. They first landed in Montreal, where he had his first chance to record his independent album, Pure Science. He also joined a local Ethiopian band called the Tis Abay Band. They played in many community events, entertaining with traditional songs from Ethiopia. This gave him the idea of blending hip-hop with traditional Ethiopian music. 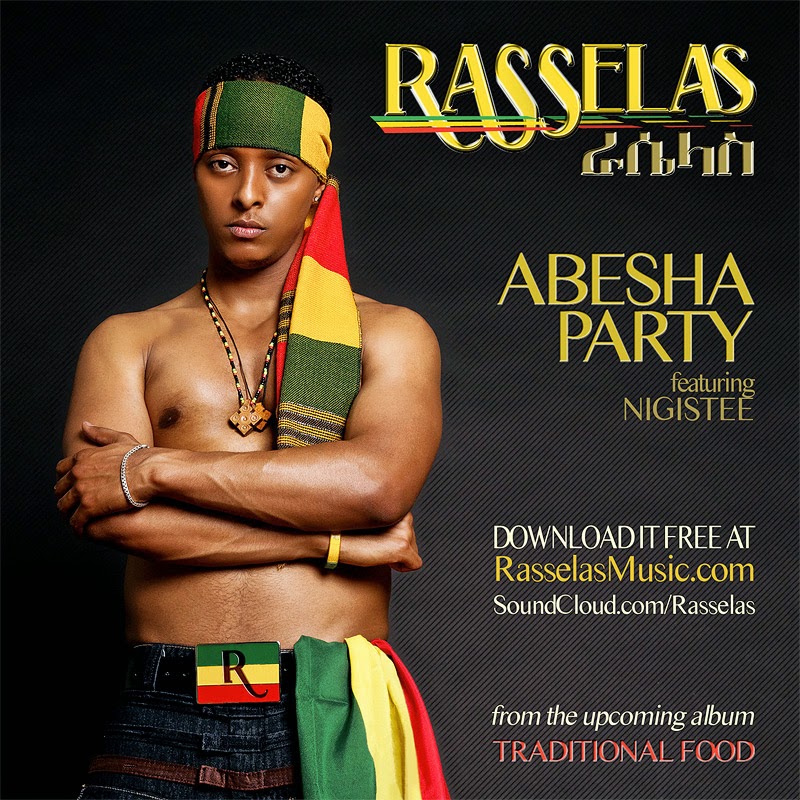 Even though the band separated, Rasselas did not give up on his dream of making music. Since he is the type who is actually fueled by challenge, he worked very hard to make his dream come true. He moved to Toronto, where he became well known performing at the Ethiopian night club, then known as Cottage. At this club, he was able to sell-out his second independent CD, Here I Come, which included the title track, well accepted by his community.

On his newly released album, Injera Music, he has teamed up with producer Gezahegn Mamo, a well-known producer and keyboardist in his community. Also featuring is many authentic Ethiopian traditional musicians who add a unique flavor to the Hip-Hop style of Rasselas. 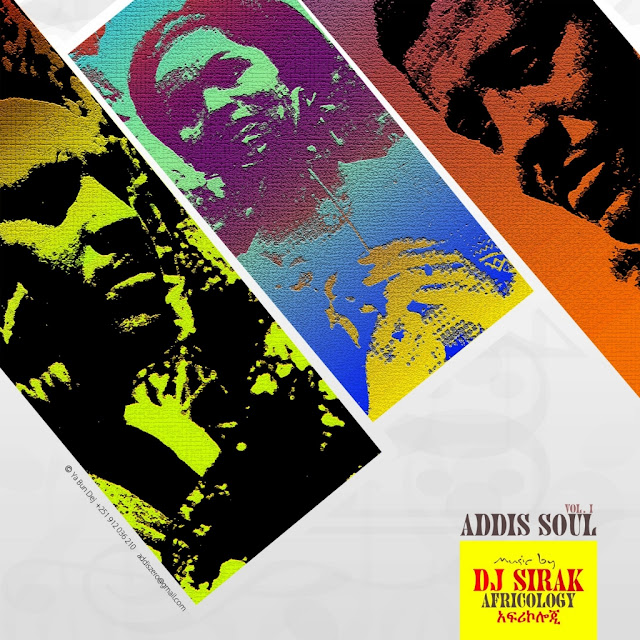 One of the most beautiful things about music is its influence on both the past and present.  The music of today owes an incalculable debt to the musical forefathers and foremothers of yesteryear.
Most recently, DJ Sirak - representing both NYC and Ethiopia - dropped a mix invoking the music of Ethiopia's Golden Era...reminding us how these musical masterpieces have influenced music of today - with artists such as Common and K'naan sampling what are undisputedly some of the hottest break beats of all time.
Sirak describes his lastest mix - Addis Soul Vol. 1 as "Ethiopian Music in it's Funkish, Afrobeatish days with some modern mixes and blends as how it is used today... this is Vol. 1 out of 4 parts.. stayed tuned and we will keep you dancing like your uncle from the 60's and 70's..."