Nadav Haber started to learn the clarinet at the age of 10. In 1988-89 he lead a qaurtet in the Tel-Aviv clubs in Israel, and played in a blues duo. In the 90's nadav has switched to the tenor sax, and began to explore Ethiopian music. He played in Ethiopian dance bands all over Israel, in Ethiopian clubs and weddings. This has lead to the issue of Ethiopian Blues, and other smaller productions that were aimed at the Ethiopian Israeli market.

In recent years Nadav moved back to playing jazz, and in 2003 led a hard bop quintet in Jerusalem. He is currently working on two projects - an Ethiopian Jazz program and a “Favorite ballads” program. 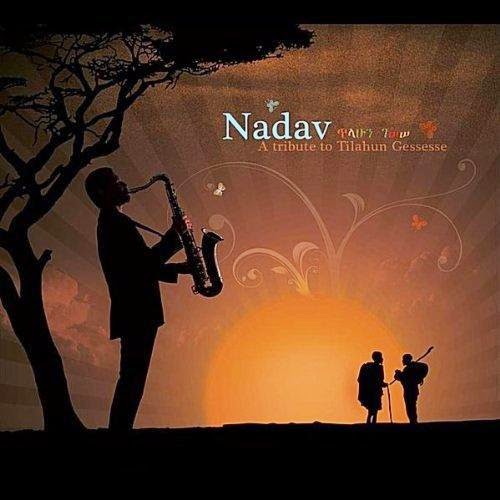 
Eritrea, ancient province Ethiopia became independent at the beginning of the 90's and has lived a painful history. But nothing has ever prevented the people of Eritrea from singing, and not even the numerous famines.

The People of the plain of Zula (Afar, Tigré and Saho) give rhythm to their everyday life in simple, repetitive singings. The leader, man or woman, throws a comment on rhythms (handclaps and kebero percussion), the others start again, insisting on the same rhythmic, as an obsessive loop. History the concern of protecting the culture and politics, stimulates more than a singer. " On one hand, he killed you, whereas on the other one he fed you " tells a Saho about Haile Sélassié.

A kebero is a double-headed, conical hand drum used in the traditional music of Eritrea and Ethiopia. A piece of animal hide is stretched over each end, thus forming a membranophone. A large version of the instrument is also used in Orthodox Christian liturgical music, while smaller versions are used in secular celebrations. 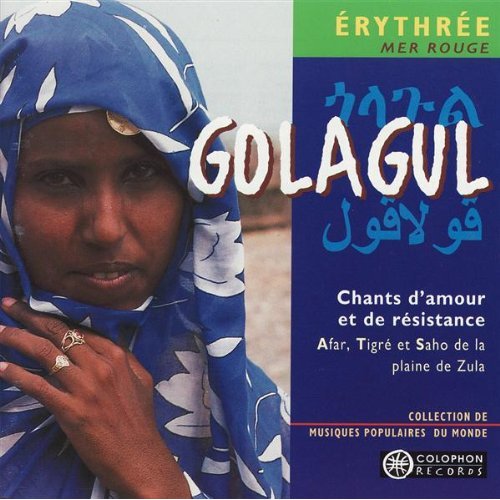 Samson Kidane - The krar has saved my life 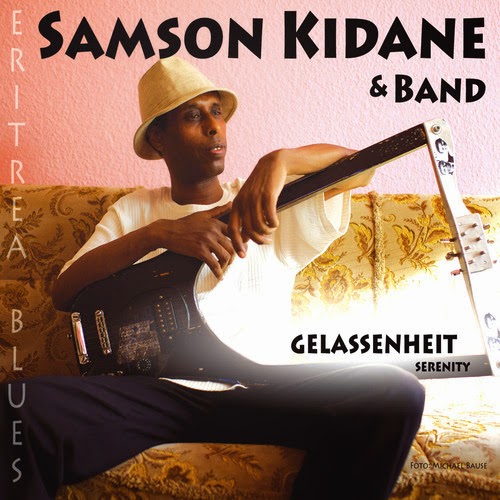 Kidane is one of about 25 000 people from Eritrea, who had to leave their country in the 1980s. He was eleven when he became a soldier and went against the Ethiopian government in the war. "I was a freedom fighter, not a child soldier. Like all boys of my age. The war was all over the country. No one could before fleeing." Child soldiers since Kidane is quite convinced there has never been in Eritrea. "None of us has been forced to kill." An eleven year old who draws freely in the fight? Let the simply are. The discussion can not carry on.

Five bullets hit Kidane, the child, in a raid on the camp of his unit to which he has come only because there was no one there who could play the krar. "I was previously in another group. They were all killed in another battle. " 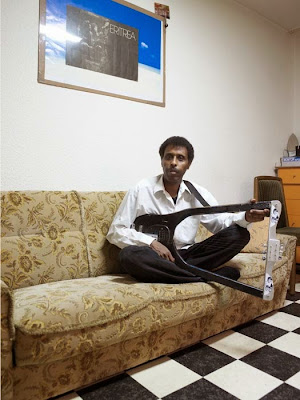 Kidane survived the raid. You can do it because he is considered dead. Civilians find him, bring him to his people. Samson, the child is treated and transported to Sudan. Doctors from the Swedish Red Cross operate on him. "I had to be operated on a second time. I could come to Cologne because my aunt lived here. Then am here still. "He had been just happy to finally be able to sleep in peace again," that no one in the street shooting at me and I can finally live like a human again. Everything else, my stranger here was completely unimportant."

Kidanes music combines his African roots with modern musical styles, reggae, hip-hop and rock. In the songs is about justice, repression, solidarity. "The man is crazy, a skilled Doof," it says in the title song of the CD "Serenity". 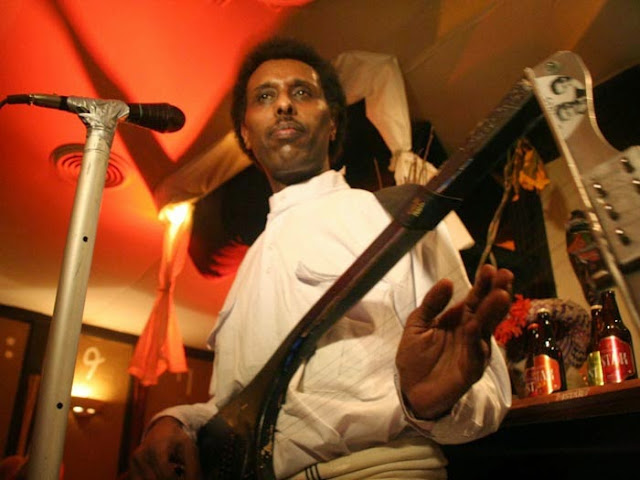 A trained Goofy. That sounds resigned. But Kidane is the opposite of that, he once had its own cleaning company, organizes festivals and symposia, mixed in the cultural scene of the city. He calls the network, including a Cologne'd say cliques, and he tried his sons Aminadab (14) and Meron (10) to give a taste of home. "You do not know Eritrea yes. I have to ensure that they can speak in their mother tongue. It's their native language. "

Kidane says this because it's happened to him in similar reason. He was 14 when he came to Germany - and has the theme of integration is a very personal opinion. "I have problems with foreigners who want to be more German than the Germans." For people from Africa it was much more difficult to gain a foothold in Germany. "I think you still do not take us seriously because we regulate much easy with each other." That had a lot to do with the cohesion. The Africans in Cologne were a secret society and it was "very sad that there are no African center in Cologne." What surprised him the discussions that will be conducted, for example, about the many people of Turkish origin. "I think it's almost insulting. Who have grown up here, speak sometimes even Kölsch. The integrated, maybe they live just different. "

How Kidane, whose music is well known in the opposition his home. He is a cosmopolitan who is looking for the linking between cultures.

Kidane himself sees the sober. He once strangers left on a tour through the immigrant milieu in Cologne in his apartment, which have gone on a world tour in your own town.

Samson Kidane, singer and songwriter from Eritrea, live in Cologne, Germany and  writes his songs on the krar, the national musical Instrument of Eritrea. This plucked instrument is similar to the ancient lyre European and West African kora harp.

This rare instrument is played today only in the zones adjacent to the Nile countries of Africa, and the Arabian peninsula.

With his music Samson Kidane miraculously combine his African roots with modern music styles such as hip-hop, reggae and rock. But still you can hear his songs with East African and Arabic influences. 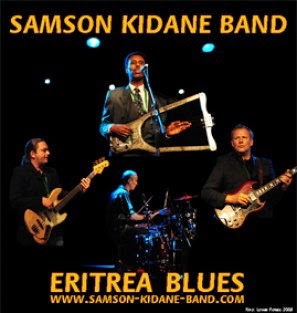 Samson Kidane is as cosmopolitan who is looking for the unifying between cultures. He sings in Tigrinya, the outsider a melodious, musical language. The lyrics of his songs are influenced by his early life in a war-torn Eritrea, and deal critically with the situation of his homeland.

They also tell of depth and passion, love and religion. His band plays in a classic line: with guitar, bass, drums and percussion support the four musicians discreet and reserved the own music style. 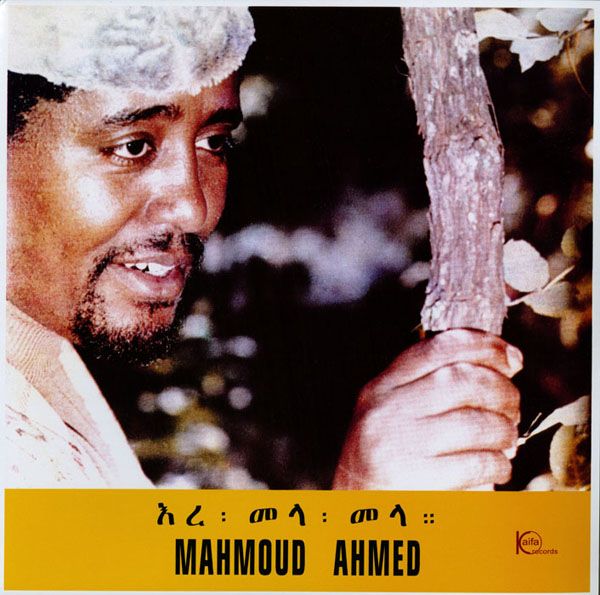 Probably the best Ethiopian album ever !!!
Here is the extended version . Enjoy !!!! 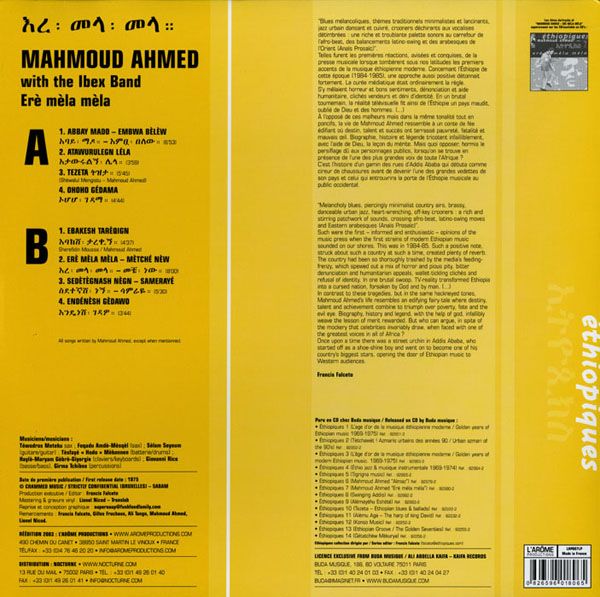 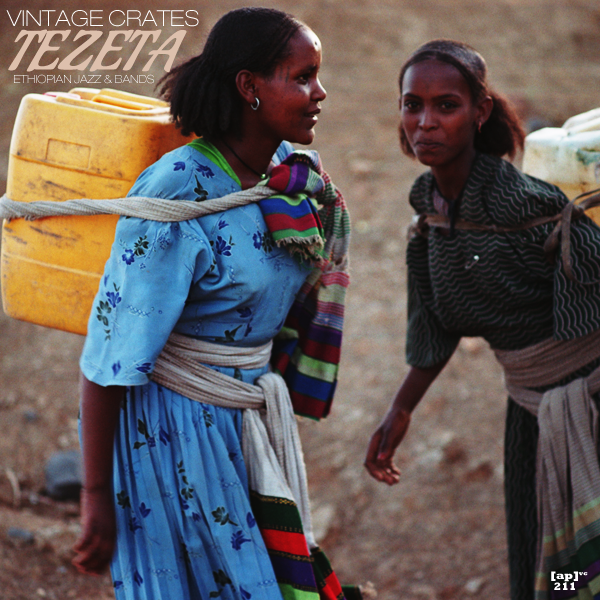 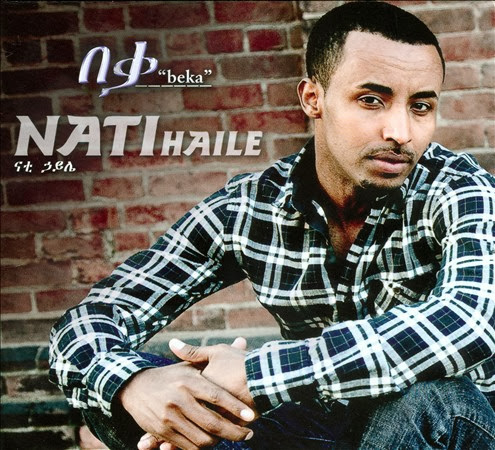 Nati Haile is an Ethiopian artist who presides in Toronto, and is a famous and upcoming Ethiopian singer. His first single 'Ken Saymesh' was one of Ethiopian classic favourite songs by Tewodros Taddesse.

Nati gave it a new groove and made it even popular. His second single is the one that has made Nati a super star. The song was originally sang by Muluken Mellesse and Nati titled it 'Legenetuwa' and showed his amazing talent.

His first album 'Let yinegal' was released in 2005 and has sold hunders of thousands of cds world wide. Before he released this album, he released two amazing songs.

Nati Haile is known to have a magnificent voice that has been compared to very popular artist like Muluken Mellesse and Tewodros Taddesse. His current album, according to Nati and his producers at Nahom Records, will have popular Ethiopian beats, Reggae, Blues and Hip-hop.

Nati Haile currently resides in Canada studying different types of music from across the world.

“now I’m in a very, very, very, very different place than I’ve     ever been It’s going to be a very interesting album, conceptually one of the most exciting projects I’ve worked on, just cause there’s so many new things going on in my life. I work hard trying to build my singing, and musical skills and I feel like I owe it to my fans and supporters to deliver the best music I ...  I'm ready and willing to work hard to bring you good music and take it to the next level all I can do is leave it in God's hands and I know he will help me he stated. ... I hope that my fans feel where I'm coming from. God Bless All…!!!"