Dur Dur's songs are almost always drenched in love. To the best of my knowledge, they didn't address social or political issues during the military dictatorship and that's why their lyrics didn't make a lasting impression on me or flare up my interest in the band; hence my sketchy knowledge about their work and background. I was really delighted with the post-Siad Barre cassette Andreas posted at Kezira, in which they've several socially engaged tracks. 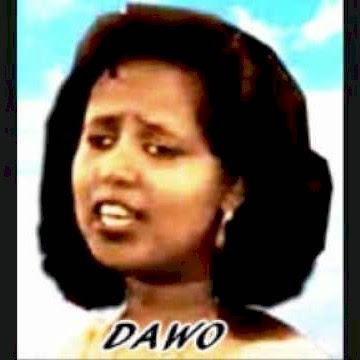 These songs are mainly in southern vernacular languages. I hail from about 1100 kms further up North and, though I understand the basics fairly well, I don't have the required baggage to fathom the linguistic and literary subtleties inherent to these dialects. Neither can I contextualize the songs since I don't know if, as was common during the military dictatorship, some of the songs were meant as protest double entendres, were adopted as such by the general public, if events were associated with them etc. That's why I'd rather not venture into summarizing, let alone publicly interpreting, the lyrics.

Nevertheless, all the songs are conspicuously about love and I've tried to translate the tracktitles. Corrections are, of course, most welcome!

The following six songs are from the soundtrack of "Rafaad iyo Raaxo" ("Misfortune and Comfort"), a 1986 tragicomedy that was also filmed a couple of years later.

"Duruuf Maa Laygu Diidee" means "Rejected Due to My Circumstances." The vocals are by Muktar "Idi" Ramadan.

In this song vocalist Shimaali Axmed Shimaali pleads, "Oh, Saafi! I Won't let You Go" (Saafi is a female name).

These next songs are from two tapes without album or song titles. The track names are thus the popular titles under which the songs were dubbed by the public (see the post on Iftin).

"Waxan Sugi Ma Helayaa?" ("Shall I Get What I'm Waiting For?") is also known as "Saqda Dhexe Riyadiyo Sariir Maran" ("Midnight Dream in an Empty Bed"). Vocals by Sahra Dawo.

Cilmi Ismaaciil Liibaan (better known as Boodhari) is the main protagonist in a true love story that took place in in the 1930s in Berbera, a town in the current Somaliland. He was in his thirties when he fell head over heels in love with Hodon, a teenage girl whose parents were opposed to a relationship between the two due to the difference in age and social class; he worked in a bakery and she belonged to one of the richest families in the area. Hugely burdened and dismayed by the unrequited love, Boodhari composed numerous poems and songs about this forbidden love. Hodon eventually got married to another man and, though this is not corroborated by watertight evidence, Boodhari became so disconsolate that he finally committed suicide. It's not established beyond doubt that all the poems and songs attributed to Boodhari were indeed written by him, but his legend and compositions have certainly been part and parcel of Somali love stories ever since. The song "Boodhari Sidiisii" ("In Boodhari's Footsteps") is also known as "Maruun ii Bishaarey!" ("Surprise Me Once With Good News!"). The vocals are by Cabdullaahi Shariif Baastow.

"Doobnimaadey Maka Dogoownee" ("Getting Old Single") is also known as "Dersi Anaa Lahaa" ("I Need A Lesson [In Love]"). Vocals by Sahra Dawo.

The title of this song means "A Joking Madman." Vocals by Cabdullaahi Shariif Baastow & Sahra Dawo.