Rydberg’s father is Ethiopian singer Teshome Mitiku, and her mother is Swedish. She used an alias of Emilia in the first years of her career but in 2012 she has started to perform under the name of Emilia Mitiku using her father’s surname.

She was exposed to a unique mix of cultures throughout her youth, reared by a Swedish mother and Ethiopian father. The traditional Ethiopian music and jazz that filled the house, thanks to her musical father, introduced Emilia to the joys of singing and performance early on. She decided on a life in music at the age of ten after one of her father's concerts, and was accepted into the Adolf Fredriks Music School in Stockholm shortly thereafter. 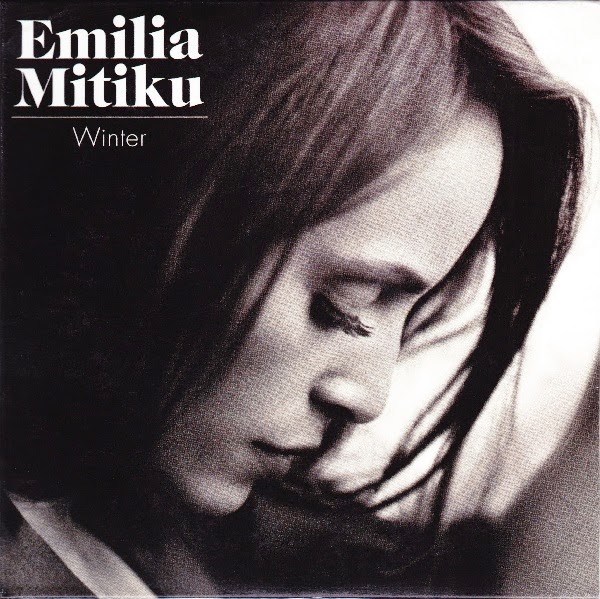 She studied classical music there for eight years, playing soul and pop music on the side. Emilia was discovered by Lars Anderson (son of ABBA member Stig Anderson) in 1996. Together she and Anderson set to work writing and recording what would become her debut record. Though finding time between work and her studies at university was difficult, the hard work paid off with the release of Emilia's debut single, "Big Big World," in September 1998.

The song became the fastest-selling single in Swedish history, attaining gold status after six days on the air, and platinum status five days after that. The song quickly went on to win fans all over Europe, dominating charts from Norway to Turkey. The full-length record Big Big World hit shelves in 1999, ultimately selling over a million copies. Her self-titled follow-up drew a producer and songwriters from the highest levels of the pop music industry. Though Emilia did not rule the pop charts as its predecessor had, the artist enjoyed the high sales and first-rate touring that come only with international stardom.

After a long period of silence, Emilia returned to the spotlight in 2007 with her third original release, Sma Ord Av Karlek, on the the independent Bonnier label rather than the behemoth Universal, which was responsible for her two previous records. In 2009, Emilia entered a competition to represent her country at the Eurovision Song Contest. 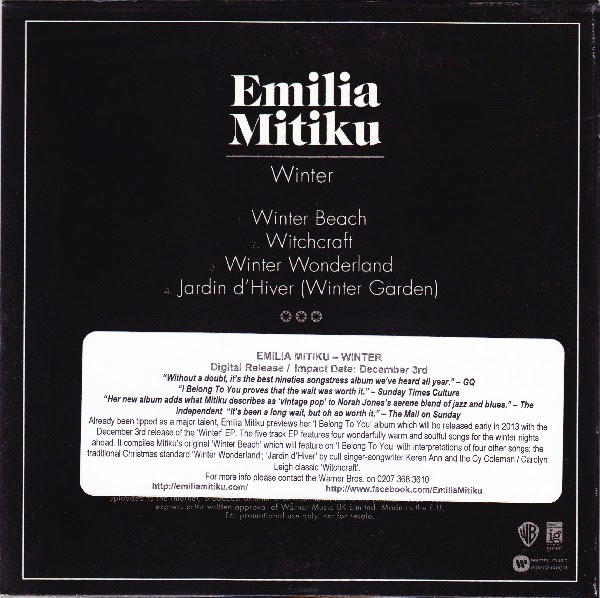 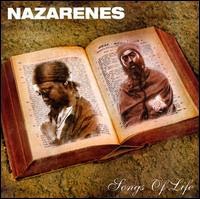 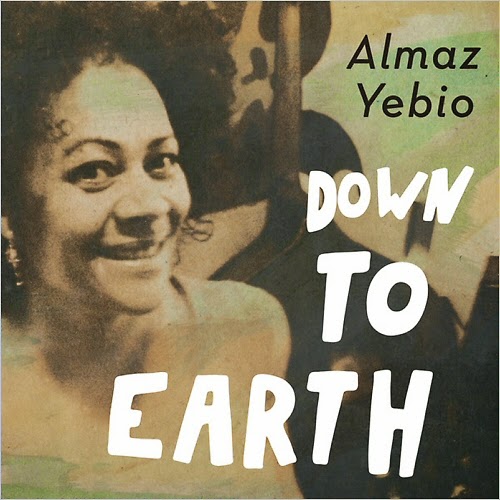 Music was a part of my life very early on. I began to sing in a choir when I was five years old. My family moved from Sweden to Kitwe, Zambia for a couple of years before continuing to Addis Abeba, Ethiopia. There I started playing the piano, an instrument I've always returned to through the years. Haile Selassie was deposed by a military junta so my parents quickly decided to take us children back to Sweden where I began taking classical guitar classes. I continued playing the guitar for more than a decade before realizing that my voice was my main instrument! I was 20 years old and studying at the Academy of music in Malmoe, Sweden when it became clear to me.

Since my graduation as Master in fine Arts I've been working on a freelance basis as an artist, conductor and as a teacher. The projects through the years have been many and varied; some of which you can find amongst the records at sale.

The latest recording "Down to earth" is the project closest to my heart at the moment! A sort of Almaz Yebio trio project that expanded towards more musicaians; an urge to give every song it's own sound within the record. I'm the producer of this record together with Mats Ingvarsson and it's also the first release on my own label!

Guest soloist on the latest record by Kjeld Lauritsen trio "In the zone". Kjeld is an institution all by himself in the Danish jazz community with his swinging Hammond organ playing!

Since the release we have done quite some gigs together and it's really a thrill for someone like me who needs an injection of soul/jazz once in a while, that Hammond provides a sound to jump off of, every single time! In the trio you also find: Per Gade-guitar and Sören Frost-drums.

Anna Weister-Andersson is one of Sweden's most acclaimed gospel singers and choir leaders. She is passionate about black american gospel music, and is putting her work as a composer, teacher and choir conductor into spreading and sharing this music throughout the country. 2011 Anna gathered a choir of ten singers and fie musicians to do the first recording entirely with her compositions, "One in Christ". I was invited to take part in this fantastic project, and we still do concerts when there is a possibility to gather the whole gang. Quite an undescribable feeling to be singing together with people like Samuel Ljungblahd, Malin Övrell, Ingela Olsson, Frank Ådahl, Malcolm Chambers, Martina W Möllås, Per Ankarberg, Kristina Talajic and Anna of course! 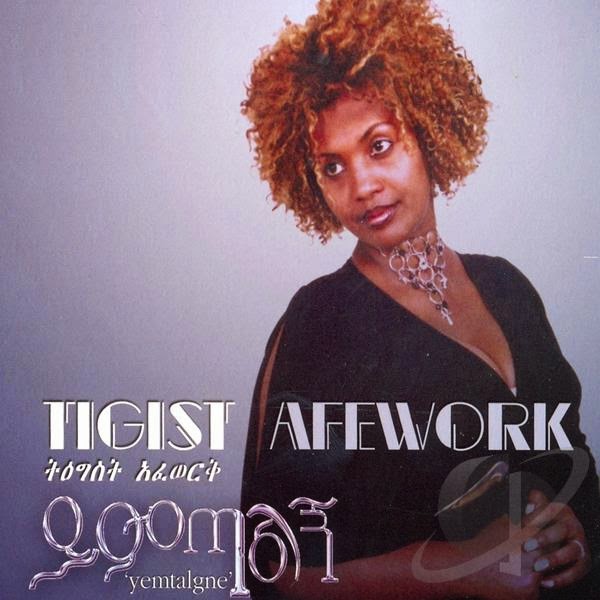 
Mohammed Wardi, a singing (and tambour playing) legend from Nubian Sudan, had been singing and playing for some 40 years at the time of this album, but one can hardly tell of such an age by his sound. He recites poetry to song, along with a line of instruments from both the east and west.

His arrangements involve the use of multiple rhythms on the various drums, along with the occasional electric blues playing by his guitarists.


The highlight of the album, apart from the tightly packed instrumental lines, is Wardi's own quavering vocals, which fill each and every song with a quality and power rarely heard in the West. The love songs can evoke a response despite the language barrier, and that's really quite something to look for in a recording. 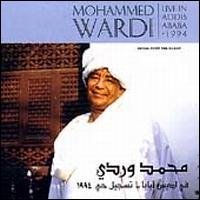 Mohammed Wardi, who recorded more than 300 songs in the 60s and 70s--to the best of my knowledge, none of them are available. excellent album. It makes sense that the album Live in Addis Ababa, 1994, was recorded in Ethiopia, as there are plenty of similarities the music shares with the sounds of  this nearby country, but Wardi's gorgeous, high-pitched voice sounds more Arabic. He fronts a great, string-laden 18-piece band.


In 1991 he left his war-torn country and took exile in Cairo. I believe these days he lives in Los Angeles, where he has performed a couple of times--but for the most part he's inactive. He did some sessions in LA in 1999, rerecording many of his old songs, but they've never been released. I assume that the mess in Sudan these days precludes any imminent effort to reissue his classic recordings, but hopefully one day we'll get to hear the stuff.

This album is a great introduction into the world os Sudanese rhythms that will surely make your spirit smile. The strength of the indigenous music holds this album together, and while the synthesized background textures and drum machine are sure to please the afropop fan in you, I am also eagerly awaiting a raw, ethnic release from Blue Nile.


Sudanese-American producer Mohamed Elomrabi calls this "Sudanese pop music" but I am struck by the album's jazz feel. Either way, Rhythms of Sudan's contagious sounds will point our musical curiosity toward this fascinating culture

Born and raised in Addis Ababa, the 49-year-old Tewodros was able to transcend age gaps and reach people from different age groups and is loved by varied audience.

Having started music in a church choir, his big break came when he was invited to a wedding to sing Muluken Melesse’s ‘Wasa Megena. This left a mark on his singing career.

When he started performing, he was doing cover songs of renowned artists. The feedback was encouraging for him, so his first album, ‘Lubanjaye’, easily broke the market. It did not take him that long to become a household name though. His consecutive albums ‘Eyekorekoregn’, ‘Sadulaye’ also became a huge success.

Many of his songs are like national anthems which are sang by people from different age groups, especially the song ‘Emeye Ethiopia’ was somehow unforgettable. He toured many countries, taking the stage with his unique, vivacious voice. 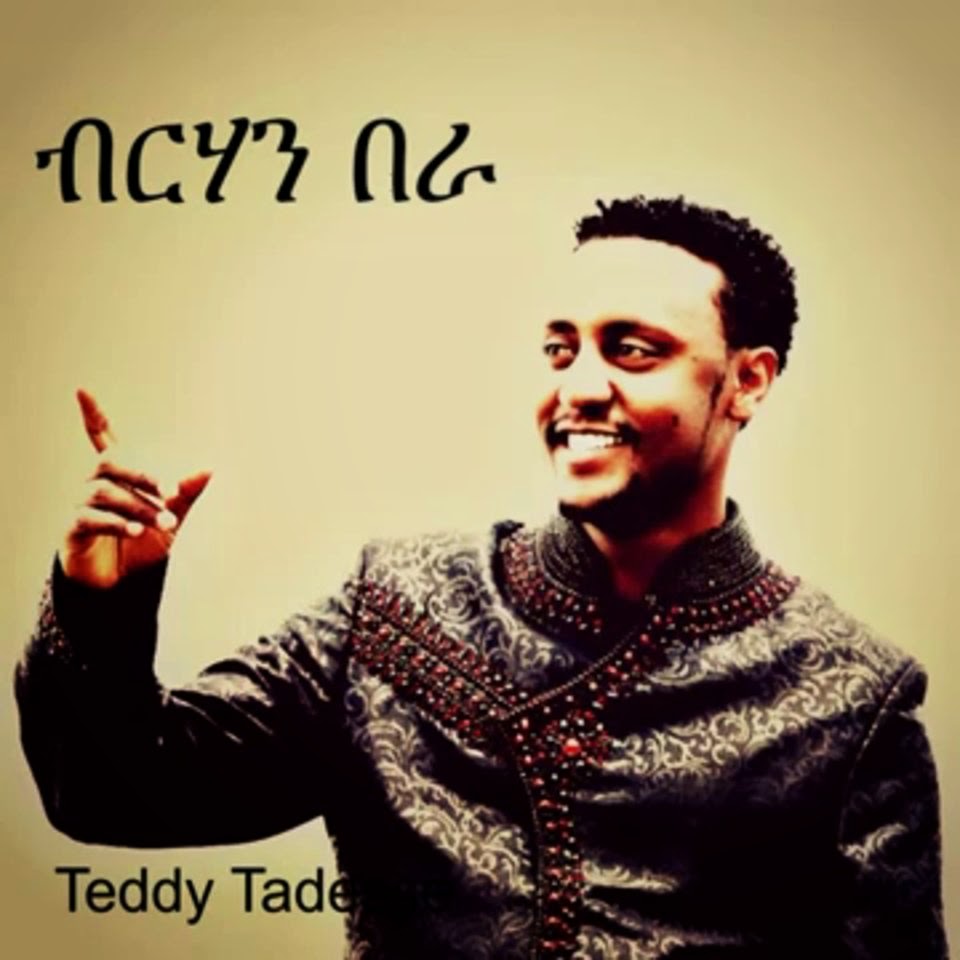 His fifth album, ‘Semeto Zzemale’, was also done before he left for the US, but the album was released after he arrived in Virginia. During his stay abroad, he performed in many places and also revealed in many interviews how life was not easy for him there.

Many music critics say his 1997 album, ‘Zimita’, was different from his previous ones as it was more influenced by jazz and also gave new sound to his fan.

Even though he started working on his album starting from 1998, the hurdles in his life got the better of him and could not focus on his album work. Returning to Ethiopia was a different phenomenon, he says. His fans, which have not seen him for the last 17 years, overwhelmed him by showing up at the airport and expressed their love by hugging and greeting him.

The album targets Ethiopians and the world music audience, who also have the test for alternative music apart from the mainstream popular beats. After the album release, the artist has a plan to tour different parts of the world. 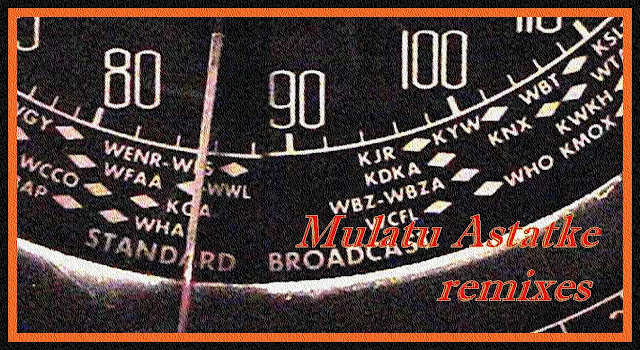 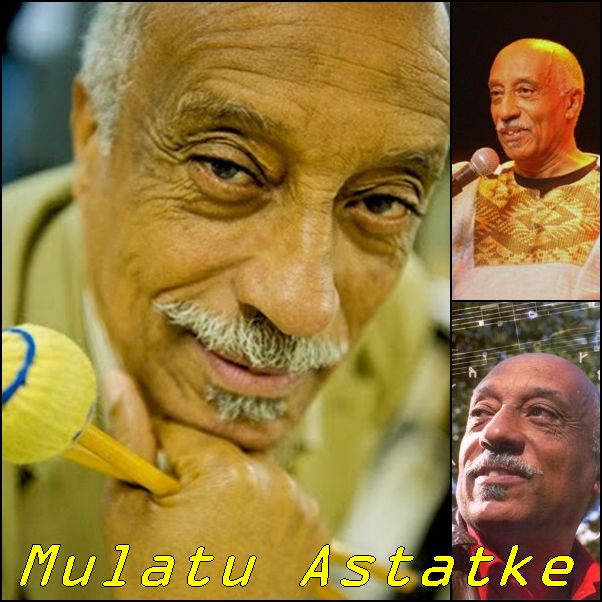 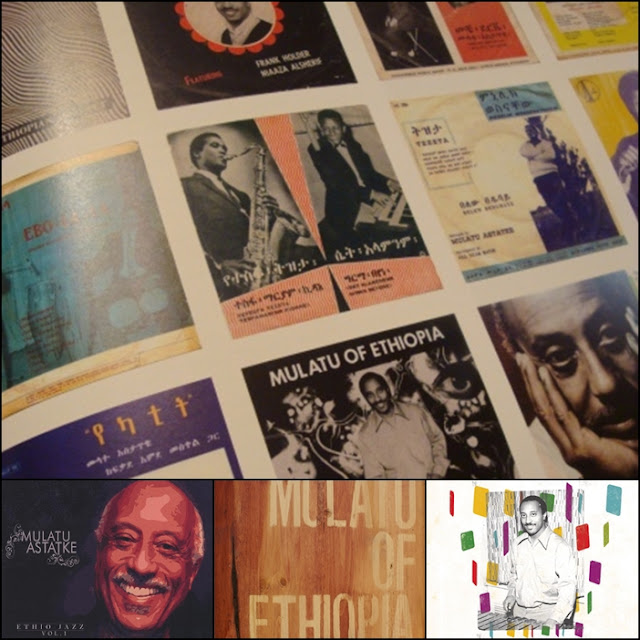 Yosef Gebre is an Ethiopian singer. He is popularly known as Jossy. He is born June 16, 1981 in Dilla, Ethiopia.

Gebre was born in 1981 in Dilla, Ethiopia to Woizero Zermechi Argaw and Ato Gebre Sherga. He attended elementary school at the local Mekane Yesus School. After 6th grade, Jossy moved to Adama and attended the Nazreth #3 Elementary and Junior School. He then completed High School at Adama High School. 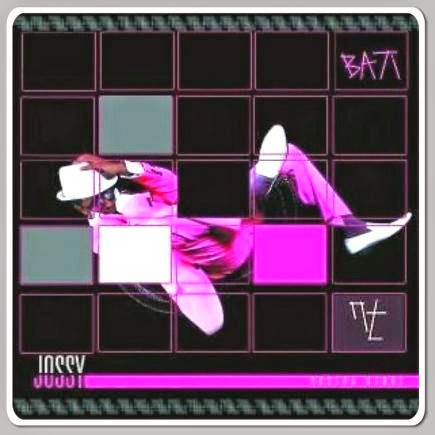 Jossy has been interested in music since childhood. He participated in different art projects while in elementary school. In Adama high school he worked as a school journalist and DJ presenting shows on the school PA system (known as Adama MiniMedia) during breaks. After completion of High School Jossy went into business following in the foot steps of his parents. During that time he spent his free time contributing pieces to different news papers and taking music lessons.

While taking music lessons, Jossy started networking with musicians. He also began exploring his potential as a vocalist during this period. Jossy released his first single titled "Kine" to the public via radio stations. The work was unexpectedly well received by the public.

Encouraged by this success, Jossy started pursuing a music career full-time since 2004. His single titled "Enja Yene" was his first release, complete with music video. In 2005, Jossy was nominated for the Kora All Africa Music Awards under the Most Promising Artist category. While all these were singles, he released his first album titled "Jossy", containing 13 tracks, in 2006. The album featured the song titled "Metahuwa".

In 2008, the music video titled "Bati be Jossy Mood" hit TV channel and online video sharing sites and immediately became a hit. This success was due to the combination of careful planning of its elements and proper and professional application of video effects and techniques.

Jossy creates most of his songs himself. He currently tours different cities all over the world.