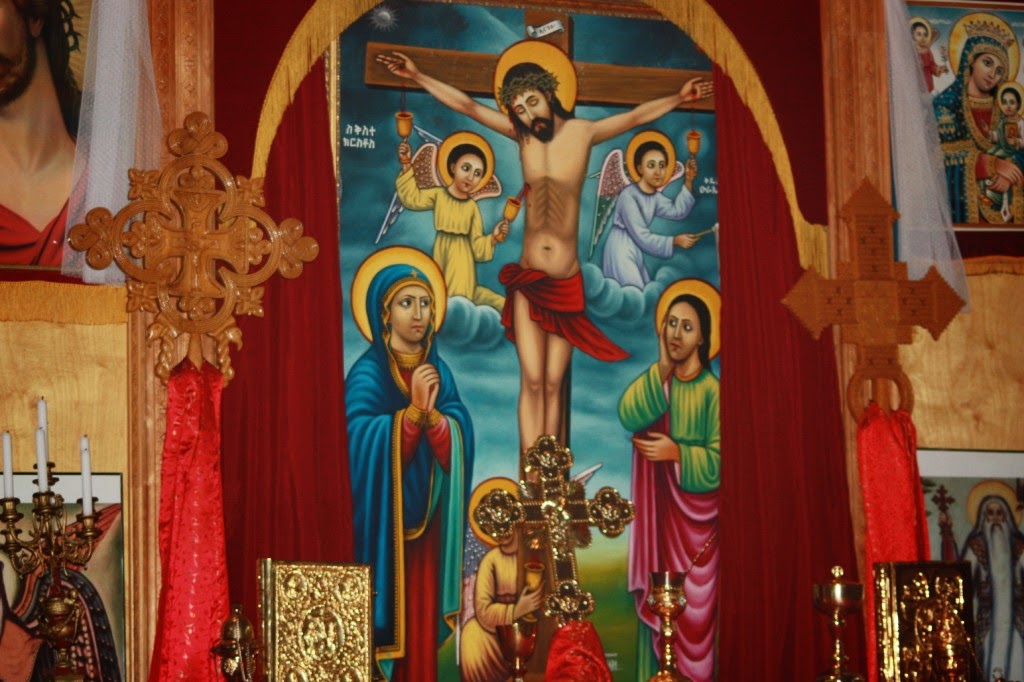 Ethiopia was Christianized in the 4th century ce by two brothers from Tyre—St. Frumentius, later consecrated the first Ethiopian bishop, and Aedesius. They won the confidence of King Ezana at Aksum (a powerful kingdom in northern Ethiopia) and were allowed to evangelize. Toward the end of the 5th century, nine monks from Syria are said to have brought monasticism to Ethiopia and encouraged the translation of the Scriptures into the Geʿez language.

The Ethiopian church followed the Coptic (Egyptian) church (now called the Coptic Orthodox Church of Alexandria) in rejecting the Christological decision issued by the Council of Chalcedon in 451 ce that the human and divine natures of Jesus Christ were equally present in one person without commingling. Opposed to this dyophysitism, or two-nature doctrine, the Coptic and Ethiopian churches held that the human and divine natures were equally present through the mystery of the Incarnation within a single nature. This position—called miaphysitism, or single-nature doctrine—was interpreted by the Roman and Greek churches as a heresy called monophysitism, the belief that Christ had only one nature, which was divine. The Ethiopian church included into its name the word tewahedo, a Geʿez word meaning “unity” and expressing the church’s miaphysite belief. Like other so-called non-Chalcedonian (also referred to as Oriental Orthodox) churches, it was cut off from dialogue with the Roman Catholic and Eastern Orthodox churches until the mid-20th century, when many of the Christological disputes that arose from Chalcedon were resolved through ecumenical dialogue.

In the 7th century the conquests of the Muslim Arabs cut off the Ethiopian church from contact with most of its Christian neighbours. The church absorbed various syncretic beliefs in the following centuries, but contact with the outside Christian world was maintained through the Ethiopian monastery in Jerusalem.

Beginning in the 12th century, the patriarch of Alexandria appointed the Ethiopian archbishop, known as the abuna (Arabic: “our father”), who was always an Egyptian Coptic monk; this created a rivalry with the native itshage (abbot general) of the strong Ethiopian monastic community. Attempts to shake Egyptian Coptic control were made from time to time, but it was not until 1929 that a compromise was effected: an Egyptian monk was again appointed abuna, but four Ethiopian bishops were also consecrated as his auxiliaries. A native Ethiopian abuna, Basil, was finally appointed in 1950, and in 1959 an autonomous Ethiopian patriarchate was established, although the church continued to recognize the honorary primacy of the Coptic patriarch. When neighbouring Eritrea gained independence from Ethiopia in 1993, it appealed to Pope Shenouda III, the patriarch of the Coptic church, for autocephaly. This was granted in 1994; the Ethiopian church assented in 1998 to the independence of the new Eritrean Orthodox Tewahedo Church.

The Amhara and Tigray peoples of the northern and central highlands have historically been the principal adherents of the Ethiopian Orthodox church, and the church’s religious forms and beliefs have been the dominant element in Amhara culture. Under the Amhara-dominated Ethiopian monarchy, the Ethiopian Orthodox church was declared to be the state church of the country, and it was a bulwark of the regime of Emperor Haile Selassie I. Upon the abolition of the monarchy and the institution of socialism in the country beginning in 1974, the church was disestablished. Its patriarch was executed, and the church was divested of its extensive landholdings. The church was placed on a footing of equality with Islam and other religions in the country, but it nevertheless remained Ethiopia’s most influential religious body.

The clergy is composed of priests, who conduct the religious services and perform exorcisms; deacons, who assist in the services; and debtera, who, though not ordained, perform the music and dance associated with church services and also function as astrologers, fortune-tellers, and healers. Ethiopian Christianity blends Christian conceptions of saints and angels with pre-Christian beliefs in benevolent and malevolent spirits and imps. Considerable emphasis is placed on the Hebrew Bible (Old Testament). Further, the church recognizes a wider canon of scripture that includes such texts as the apocalyptic First Book of Enoch. Circumcision is almost universally practiced; the Saturday Sabbath (in addition to Sunday) is observed by some devout believers; the ark is an essential item in every church; and rigorous fasting is still practiced.

The priesthood of the Ethiopian church, on the whole, is not learned, though there are theological seminaries in Addis Ababa and Harer. Monasticism is widespread, and individual monasteries often teach special subjects in theology or church music. Each community also has its own church school, which until 1900 was the sole source of Ethiopian education. The liturgy and scriptures are typically in Geʿez, though both have been translated into Amharic, the principal modern language of Ethiopia. In the early 21st century the church claimed more than 30 million adherents in Ethiopia.

According to tradition, the central body of hymns used in the Ethiopian liturgy was composed by the sixth-century musician Yared, who is venerated as one of the greatest saints of the Ethiopian Church. Hagiography records that Yared was inspired to compose his hymns after being led up to heaven and hearing the songs of angels. St. Yared is also credited with having invented a notational system, though scholars usually date the introduction of musical notation in Ethiopia to the sixteenth century.

Ethiopian chant consists of melodies alone, unembellished by harmonies. These melodies follow one of three modes, known as Geez, Ezel, and Ararai; the modes correspond respectively to  “plain chant for ordinary days,” “a more measured beat for funerals,” and “a lighter, free mood for great festivals” (Giday).

A skilled chanter will improvise on set melodies within these modes. In processions and in special hymns sung after the liturgy proper, drums and sistrums (a kind of rattle) are used for rhythmic accompaniment. Ethiopian church music is also remarkable for its incorporation of sacred dance, ranging from a rhythmic swaying of the choir with hands upturned in prayer to more elaborate dances performed with two choirs holding staffs and sistrums.

I really appreciate this one! Your entire collection is amazing too.

Beautiful and spiritual and thank God not going down organ and 19c hackneyed western choir monopoly.