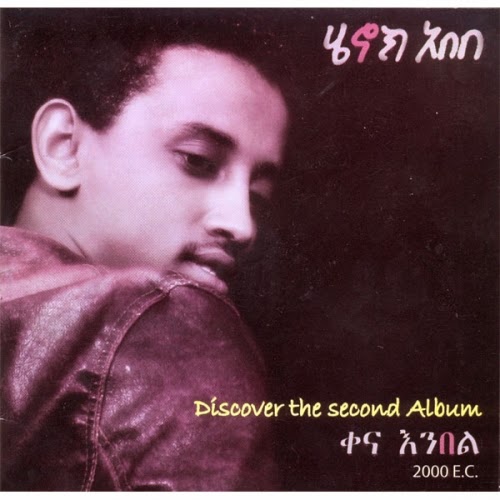 A talented young singer-songwriter from Addis Ababa, Henok Abebe is one of the new breed of singers effortlessly blending traditional & contemporary music.
He is very popular with both the younger generation & the larger older population, Henok represents the new music of Ethiopia. He has released two albums: ‘Kena Enbel’ & ‘Yamrbatal’.

Invisible System's live performances at festivals and concerts in the UK, and Addis Ababa (Ethiopia), have been known to simulate, attack, relax, exhaust people from dancing, confuse, uplift and even frighten others! 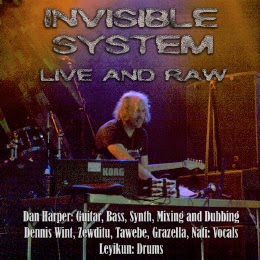 With Dennis Wint as the main front man in the UK he has become known by the press as a cross between a Jamaican/African Johnny Rotten and a rasta preacher man for spirituality and social justice whilst being a live cannon.

From playing with bands like Dreadzone to playing the main stages at festivals across the UK, Invisible System have crossed dance, dub and reggae, rock, post-punk, acid and world music with similar shows taking place alongside their Ethiopian singers in Addis.

These recordings illustrate how Invisible System sound live. A much more intense and stripped down beast than some of their album track releases.

In his early years, Ali used to do small on-sreet business so as to support himself as a means of livelihood. When he was 13, he joined Afran Qallo cultural group which was then oprerating unofficially to promote the Oromo music and culture.

The first song that he sung on stage was called "Birra dha Bari'e" so that the people nicknamed him "Ali Birra", meaning "Ali the Spring". The Haile Selasie regime banned the group in 1965 and arrested some of its members. Ali escaped arrest and moved to Finfinne (the current Addis Ababa). 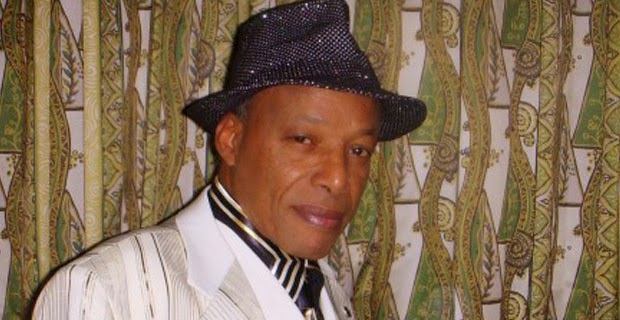 Born on May 26, 1948, Ali Mohammed Musa grew up in Dire Dawa, Eastern Oromia, at a time when, according to Oromo historian Mohammed Hassan, “writing, teaching, preaching and broadcasting in the Oromo language was banned in Ethiopia.” It was also an era where speaking Afan Oromo was ridiculed, and Oromos were still called by derogatory names like Galla and Qottu.

At fourteen, Ali joined a group of youngsters from his neighborhood to form the Hiriyaa Jaalala band. Shortly thereafter, he received an unexpected invitation from the Afran Qallo Band, the first modern Afan Oromo band, to perform before a live audience during the 1963 celebration of Eid al-Fitr. This event forever altered the trajectory of Ali’s life. In his first public musical act, Ali sang “Birraa dhaa Barihe” roughly translated as ‘the break of dawn’ from which he received the much-adored last name: Birra. Though the Afran Qallo Band struggled under the repressive Abyssinian regime which eventually disbanded them, the exposure was irreversibly uplifting and lit an indistinguishable spark in Ali’s heart.

In a forthcoming book, A Fifty Year Journey for the Love of Music and His People, Oromo scholar Mohammed Hassan describes Ali as “a great gift to the Oromo people and to the world of music.”Birra’s extraordinary voice elevated Oromo music to the world stage, raised Oromo national consciousness, and created a space for connection to “home” for those forced into exile. A fluent speaker of Swedish, Arabic, Amharic, Oromo, Harari, English, and Somali languages, Birra is a rare talent who sings in six different world languages – a feat no other Ethiopian singer has achieved.

Widely held as the greatest and most successful singer in Oromo history, Birra is – as sociologist Gammachu Magarsa writes – “an embodiment of our national aspiration for freedom, equality and unity.” During his 50 year musical career, Birra produced more than 260 first-rate songs. He began staring at Haile Selassie’s Imperial Body Guard Orchestra and played countless times at local nightclubs around Addis Ababa. Finding more opportunities abroad, Ali left Ethiopia and has since performed concerts across six continents. 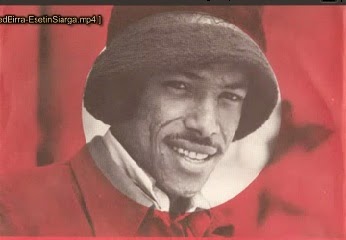 In many ways, Birra did not escape the hardships endured by ordinary Oromos under successive oppressive Abyssinian regimes in Ethiopia. A year into his new life as a singer, Birra was detained for allegedly ridiculing emperor Haile Selassie during a short visit to Djibouti in 1964. As his wife Lily Marcos-Birra noted in a book chapter she had written about his life, Ali was later forced out of the Imperial Orchestra for refusing to vow for the despot emperor and referring to him as a “human being.”

While Birra broke no official law, in those days, singing in Afan Oromo itself was still considered a political act and an illegal one at that. Yet, Birra always fought back through his music. As his singing style matured, Birra’s lyrics became more political addressing such landmark political events as feudal landlordism, the introduction of socialism, an artificial division in the Oromo camp after the 1974 revolution, Oromo emancipation, exile, and dispossession of the peasantry.

Today, for the vast majority of the Oromo Diaspora, Birra’s tender and nostalgic tunes serve as an emotional link to a distant homeland and loved ones left behind. Ali’s music inspires people to dance, reminiscence, and feel a sense of belonging. His beautifully haunting voice, often recorded only with a guitar, laments Oromos ongoing quest for freedom and dignity; with the same voice, he sings Bareedni Uuma – natural beauty.

In recognition of his unmistakable influence and talent, Birra has received over 30 awards from Oromo communities around the world – most for Lifetime Achievement. In 2010, he was awarded an honorary doctorate of music degree from Jimma University, the first by any Oromo as Dr. Hassan observes in the book.

As with all things “Oromo,” Oromo music still does not get the recognition it deserves in Ethiopia. During his career, Ali has performed alongside Amharic music legends such as Bizunesh Bekele, Tilahun Gessesse, and Mahmoud Ahmed. However, while they are nationally celebrated, the promoters of Ethiopian music are yet to embrace an Oromo singer, even one as accomplished as Ali Birra. Despite the systemic hurdles Ali had to overcome to find his voice, without a doubt, he is among Africa’s musical greats like Femi Kuti of Nigeria, South Africa’s Mariam Makeba, DRC’s Kanda Bongo Man, and Senegal’s Youssou N’Dour, to name but few.

Ali has inspired a long list of talented Oromo musicians but as Addis Rumble’s Andreas Hansen observed last year, “none of them have carved out a sound as unique as the one that characterizes many of Ali’s recordings from the 60’s and 70’s: the one of a guitar tuned as an oud.” Ali, who studied Music Theory at Santa Monica College in California, told Hansen, “I believe in small incremental changes to my music while staying faithful to its origins. I have tried to use new technological means while respecting the past.”

In addition to the gift of his music, Birra also supports local schools and children in disadvantaged communities in Oromia through Birra Children’s Education Fund, a non-profit he created in 2011. After his retirement from music, Birra and his wife Lily are committed to developing innovative and sustainable solutions to improve access to quality education in Ethiopia.

On the evening of the Fourth of July 2013, Oromo communities from around the world will gather in Minneapolis, Minnesota to pay homage to a man idolized by an entire generation of Oromo. Ali Birra’s Golden Jubilee will feature a star-studded concert, tributes by those who have known and worked with him, and the release of a short biographical book with contextual analysis of his songs. He is also expected to mark the milestone by unveiling what would be his final album. 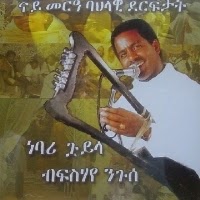 Melkamu Tebeje are one of Ethiopia’s history-making singers who have been able to contribute, in his own unique ways, to the Ethiopian cultural and artistic renaissance.

He was born in Sidamo region in Ethiopia in 1946. Melkamu has written and produced over 200 songs over the course of 30 years. He is famous for a song called "Awassa, Langano" 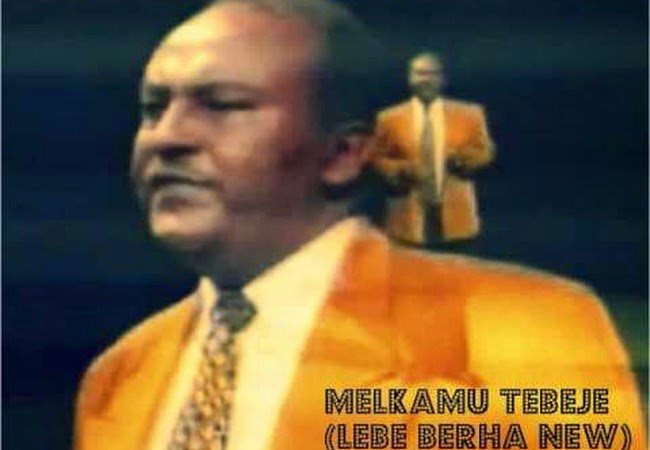 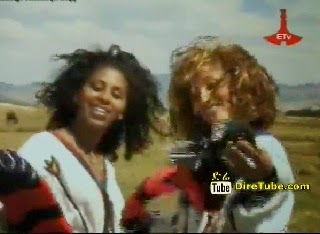 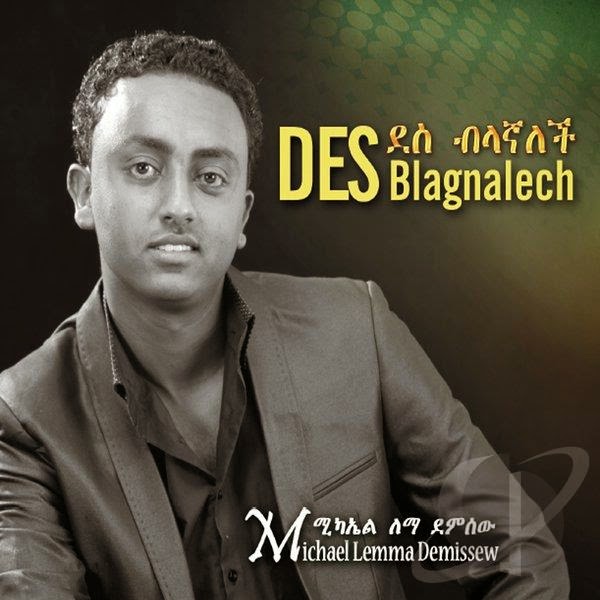 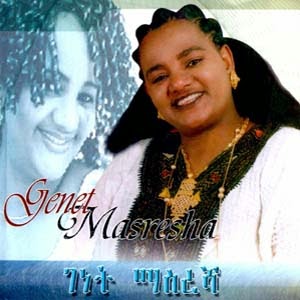 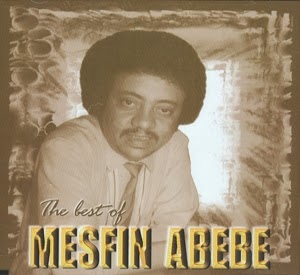 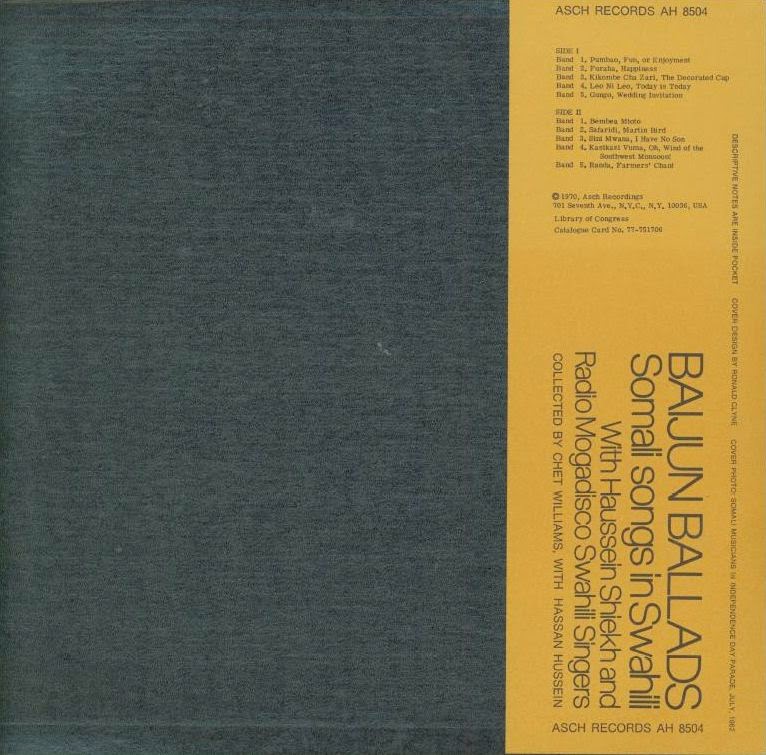