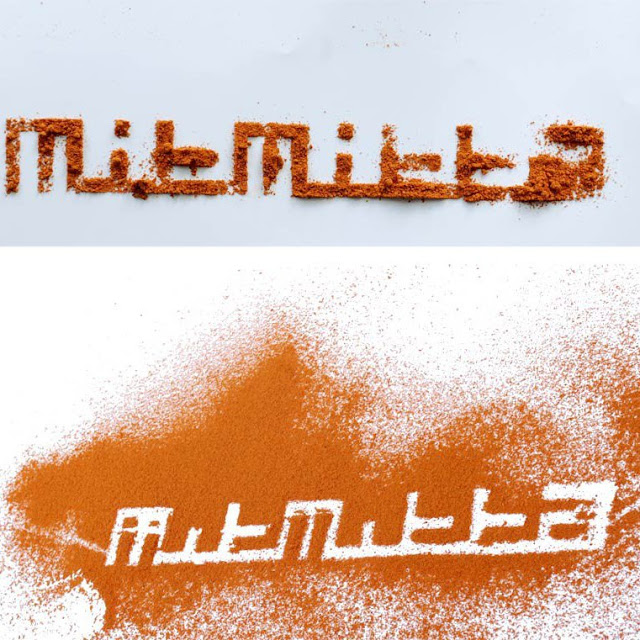 Entire contet of this page is taken from Tumblr webpage of guy named DJ Mitmitta, or Kidus Berhanu or Vemund Hareide as he is titled in his Norwegian passport, and this blog post (from december 2013).

He is true archaelogist of ethiopian vinyl and cassette releases and his devotion to rare ethiopian music is unique. 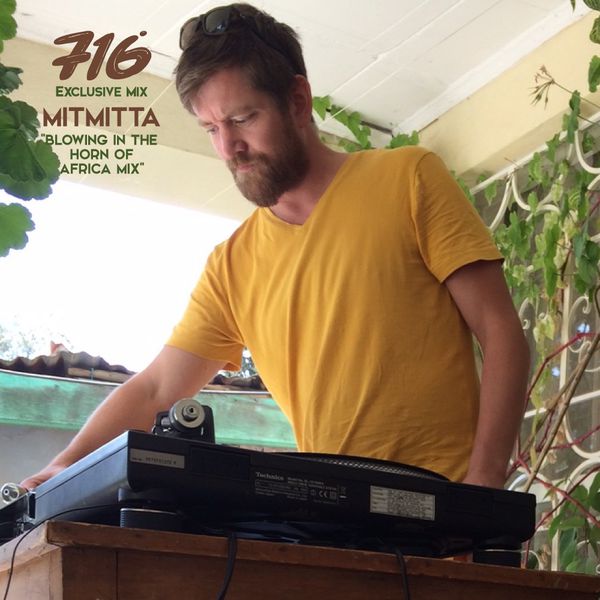 Curiosity and frustration can take you far. It has for Kidus Berhanu. Better known as DJ Mitmitta or Vemund Hareide as he is titled in his Norwegian passport, these virtues have taken him all the way from Oslo to the Ethiopian countryside. For Kidus, it all started with a frustration with the uniformity of Western music. A frustration that fed his curiosity to discover the yet undiscovered musical treasures of Ethiopia and led to a commitment to archive and spread the joy of Ethiopian music. This has since materialized in countless travels across the country to collect cassettes with traditional Ethiopian music and the Ethiojazz of the 60s and 70s, and in the founding of Mitmitta Music Shop in 2010 (The shop is currently closed but Kidus is hoping to reopen in a few months at a new location in town.)

This is a journey not unlike others. Awesome Tapes’ Brian Shimkovitz, Sahels Sounds’ Christopher Kirkley and labels such as Soundway, Analog Africa and Sublime Frequencies have embarked on similar voyages. But what distinguish the musical odyssey of Kidus is not only its East African focus. It is also its material character and the focus on the local market opposed to international distribution. For Kidus, the modus operandi has not been spreading the music through a blog nor through reissuing old vinyl records. Not yet. The approach has instead been one of collecting, cataloguing and digitalizing.

The Archaeology of Cassettes

More than anything, Kidus’ project is an endeavor into musical archaeology and ethnography. And it’s a project focused on and redeemed through tapes (his cassette collection now numbers more than a thousand different Ethiopian tapes). As he explains: “Vinyl is hyped. And tapes are still a popular format. In Ethiopia, a lot of the good old music was never issued on vinyl or on CD.”  However, the predominance of cassettes also makes Kidus’ point to one of several caveats in the music industry and to an irony in his own project. Because while the cassette is his preferred format, it was exactly the spread of the cassette in the late 70’s and onwards that exterminated numerous record labels in Ethiopia and on the rest of continent and gave way for cheaper productions and musicians being replaced by a single synthesizer.

In Ethiopia, the record producers and music shop owners could buy one master tape and then easily duplicate this via cheap blank tapes. An early form of musical piracy that resulted in low quality recordings, unduly low prices and a situation where great Ethiopian artists such as Tilahun Gessesse or Mahmoud Ahmed received only a one-off payment and no benefits of potential future distributions. This however can possibly change with the introduction of a new copyright law in Ethiopia in 2010 that led to many music-shop owners being jailed for copying music for piracy purposes.

Ethiopian Music as off-limit for Ethiopians

Another and somewhat bizarre consequence of the functioning of the Ethiopian music industry prior to the 2010 copyright legislation is that today only very few Ethiopians have access to legal copies of the old Ethiopian recordings. Alemayehu Eshete, Muluken Mellese, Getachew Kassa and other of the artist that have become globally renowned through the Ethiopiques series are simply not legally accessible for the majority of Ethiopians.

Kidus is hoping this will change. He spends lots of time nagging the distributors to re-distribute their old releases, trying to convince them that these records will sell again. The problem is often that the covers are out of print and to make it profitable for distributors they would need to reprint at least 1-2000 covers. But his mission of making Ethiopian music available for both the foreign and the Ethiopian music audience does not stop here. He will soon be releasing a recording of Amharic wedding music from 1973 on both cassette AND vinyl. At the same time he dreams of expanding the geographical focus of his work by collecting, sustaining and distributing old Eritrean, Somali and Sudanese music. 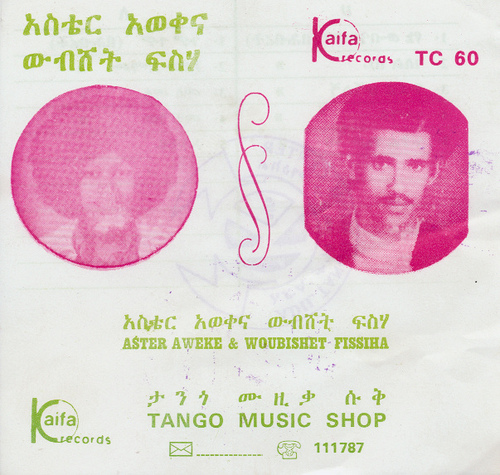 The Regionalization of Ethiopian music

While music from the rest of Africa has a strong appeal to Kidus, there is and will probably never be something quite like the tunes of Ethiopia for him. After spending part of his childhood in Ethiopia, he returned to Addis briefly as a teenager. The past few years he has spent travelling back and forth between Norway and Ethiopia, between studies, work and cassette hunting. He now spends most of his time in Ethiopia and is fluent in Amharic, the official Ethiopian language. His fascination of Ethiopian music has several roots, as he describes: “The Ethiopians really value their music and even today Ethiopian music is closely linked to the cultural traditions of the country. In addition, the great variation in the music of Ethiopia’s different regions really appeals to me.”

The vast regional difference in Ethiopian musical tradition is something that also poses a challenge to his ethno-musical investigations. The best music of Tigray or Oromiya is not found in Addis but in the music shops in provincial Ethiopia. Kidus highlights the Tzeta music shop in Dessie and the Negarit shop in Dire Dawa as the best music shops outside and the places to find respectively old Tigray, Amhara and Oromo music. He further explains the initial reception of the old music shop owners when a young pale Scandinavian walks into their domain and asks for cassettes with old – and for many Ethiopian also forgotten – artists: “At first they are quite suspicious. But quickly suspicion turns into excitement and appreciation. Mutual appreciation of and gratitude for a joint effort to preserve an important heritage.”

Many of these grand old men of Ethiopian music – collectors, producers and music shop owners – have since become close friends of Kidus. And Kidus himself has become a renowned connoisseur of Ethiopian music. The go-to-guy for advice and expertise on the music and the music scene of Ethiopia. A position very few faranjis (meaning foreigners in Amharic) can credibly claim. And not an easy position to achieve taking into consideration the relative isolation of Ethiopia and its music during the past century. Nevertheless, Kidus still sees himself as a foreigner in Ethiopia and its music industry and he is aware of the challenges that this poses to him.

Although the emphasis in Kidus’ efforts has mainly on the Ethiopian artists of the past, he has also witnessed on first-hand the changes in the contemporary music scene in Addis (link to Jazzamba article). Changes of both the encouraging and less positive kind. The revival of Ethiojazz has led to an explosion of live music in Addis the last few years: “All clubs want their own band now and there is a lot of talent out there, which is good. Unfortunately, many of the new bands are afraid of experimenting. This is also the case for many of the European or American bands that have started playing Ethiojazz. Many of them are simply trying to copy the success of Mulatu Astatke.” 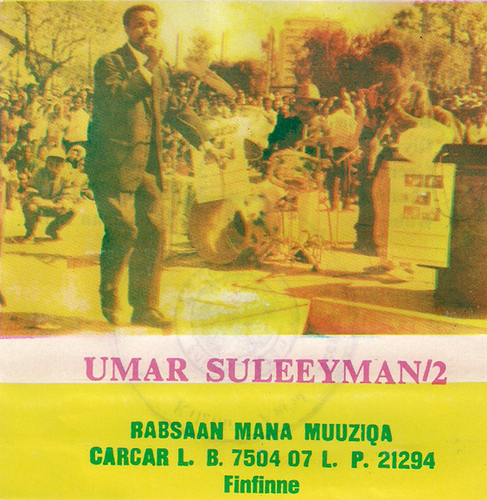 There are of course exemptions to this trend and Kidus points to the Nubian Arc as one of the most experimental and forward-looking bands around (see further recommendations from Kidus below).

Kidus concludes by highlighting a more remarkable effect of the renewed interest in Ethiopian music. According to Kidus the new golden era of Ethiopian music has substantially changed the image of Ethiopia and provided the outside world with a new impression of what Ethiopia is in cultural terms. And Kidus is here to make sure that the insight of foreigners and Ethiopians into the unique musical treasures of Ethiopia will grow and proliferate for years to come.

Thanks big man for the description and sharing this superb work !

many thanks for sharing this wonderful compilation

Great notes, great music. What more is there to add?

Thank you for sharing

wow crazy, he was my neighbor and lived just three houses down the street from me in Kebena