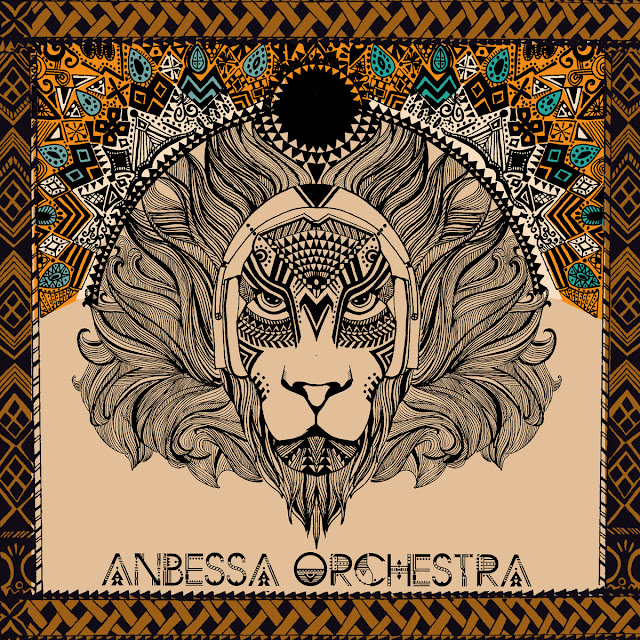 Anbessa Orchestra is a 7 piece band based in Brooklyn NY that draws its inspiration from the diverse musical culture of Ethiopia, combining these unique sounds with the more western sounds of Funk, Jazz, R&B and Rock. The band has been a prominent figure on the NY scene and has played alongside legendary Ethiopian keyboardist and composer Hailu Mergia. The band has also been featured on the "Beyond Addis Vol.2" compilation featuring new music inspired by Ethiopia.

​
"No one does Ethio-Jazz quite like Anbessa Orchestra" - Popmatters.com

In the Ethiopian capital, Addis Ababa, during the 1960’s and ‘70s, the sounds of American jazz and James Brown-style funk rocketed through the clubs there, combining with Ethiopia’s own exotic scales to produce the golden age of Ethiopian pop. The New York-based 7-piece band Anbessa Orchestra draws from this era and aims to take the listener on a musical journey from Addis Ababa to Brooklyn, with the loping grooves, buoyant brass lines, moody organ, crisp guitars, and solid percussion. Their new album is called "Negastat", which means “Kings” and it is full of Ethiopian-style, horn-heavy funk. 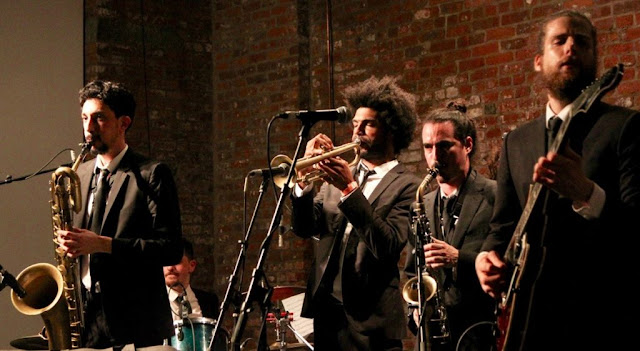 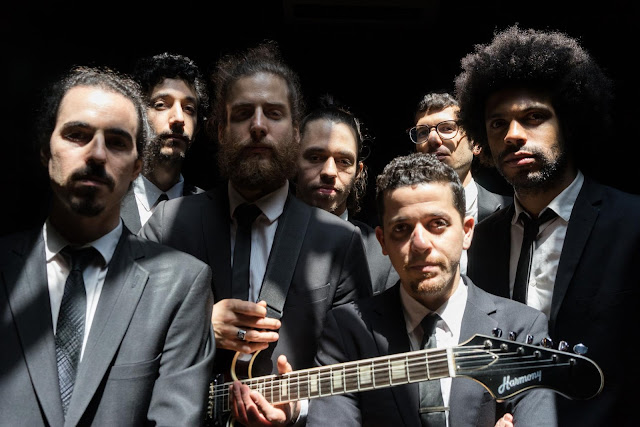 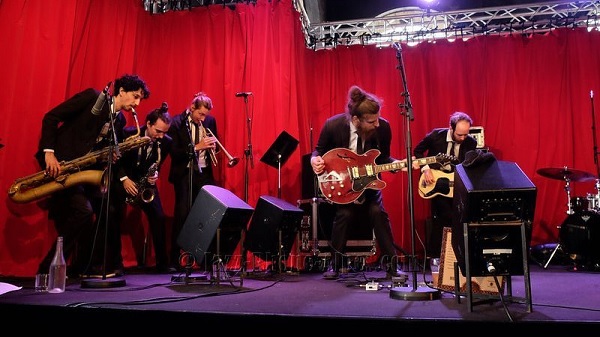 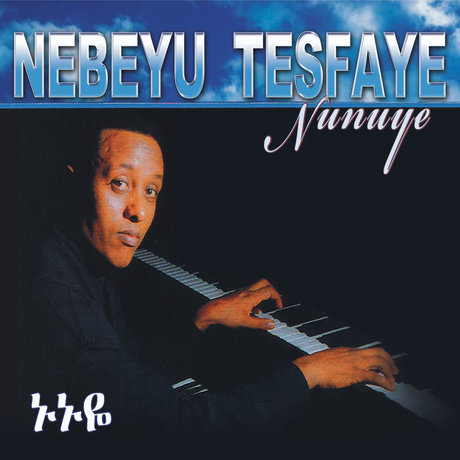 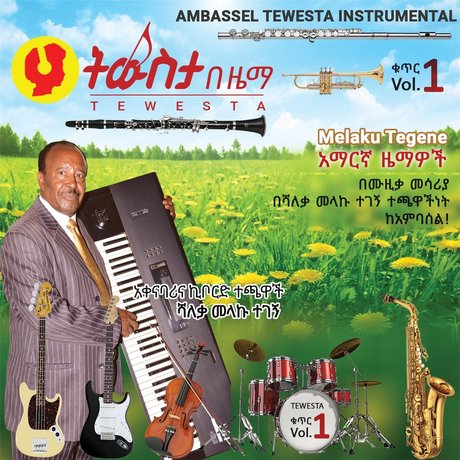 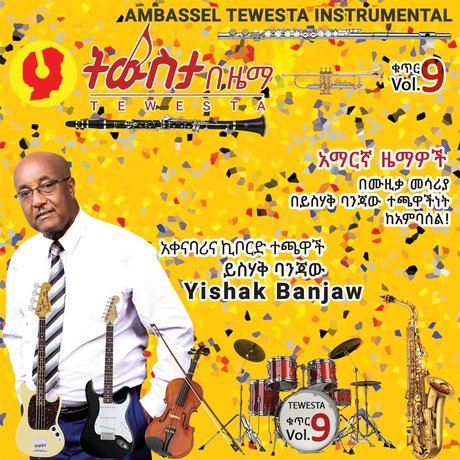 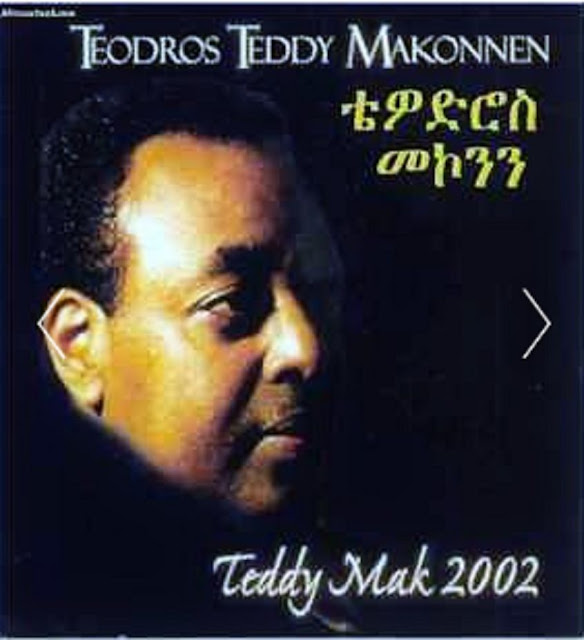 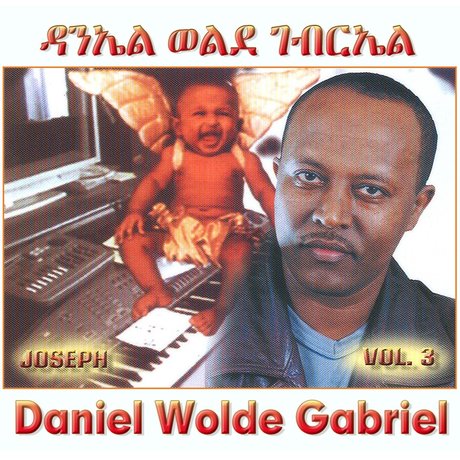 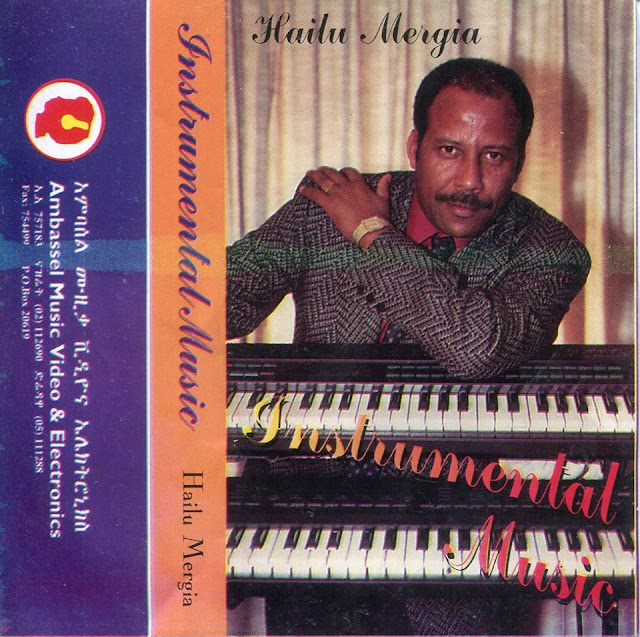 Instrumental album of Hailu Mergia. These tracks came to me without tags, only with 1983 as year of release (ethiopian or western calendar, I dont know). 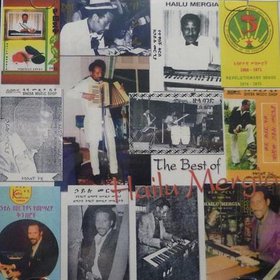 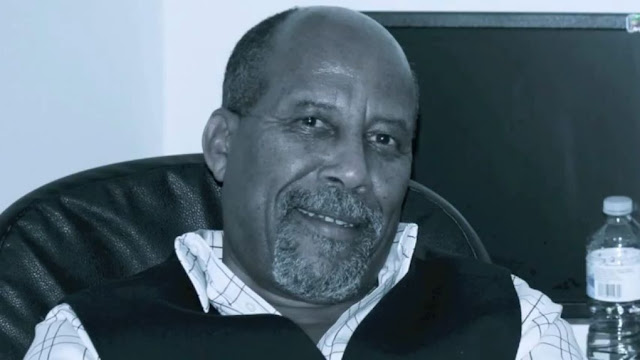 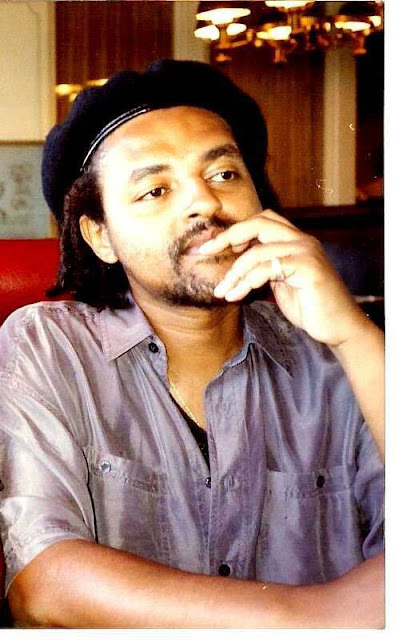 Dereje Mekonnen began his career in the early 1980s as a keyboardist in the Ibex band, who accompanied the R&B singer Mahmoud Ahmed on three albums. He then founded the formation Dallol, a reggae band with whom he played in Chicago and accompanied Ziggy Marley on his albums Conscious Party (1988) and One Bright Day (1989), which were awarded the Grammy.

After numerous tours with Ziggy Marley and the Melody Makers, he founded the band Gizzae in 1991, with whom he performed primarily in Chicago and the Midwest of the USA. He also worked with Ethiopian musicians such as Tilahun Gessesse and Ephrem Tamiru. He also produced the first album of Ejigayehu Shibabaw, One Ethiopia (1998).

Dereje Mekonnen died at the age of 49. 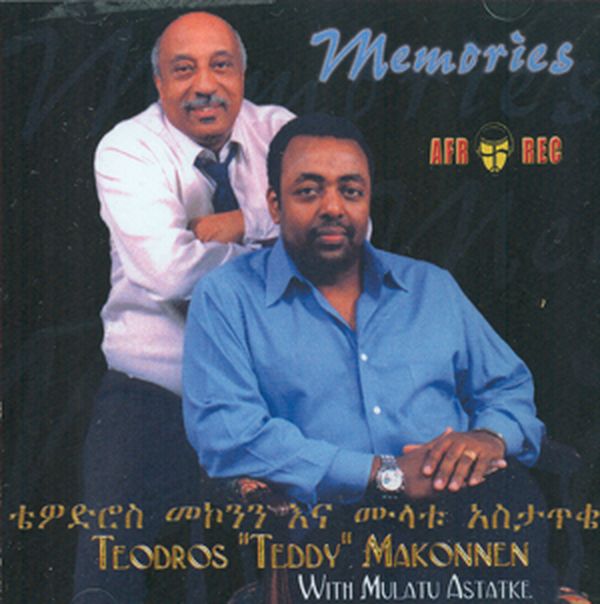 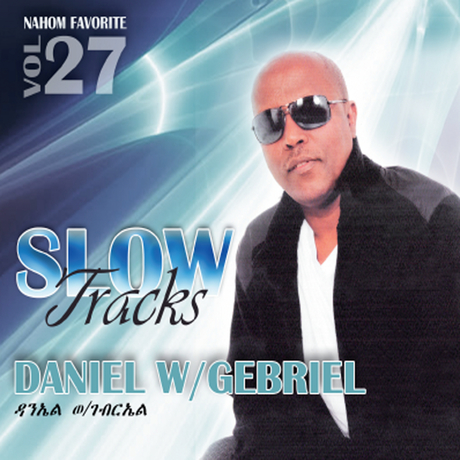 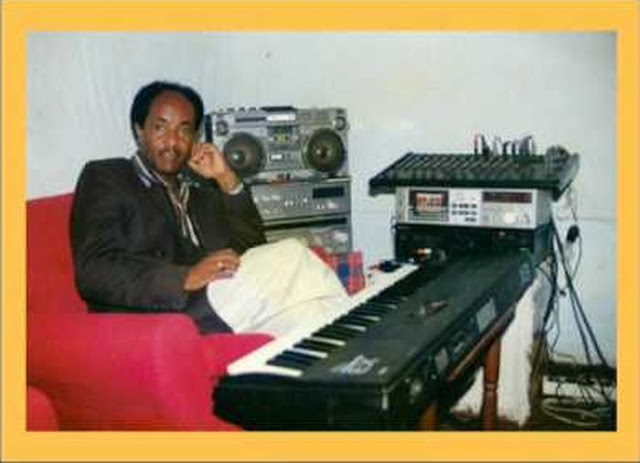 Yishak Banjaw, composer and keyboard player from Addis Ababa known to his country for his innovative compositions and unique sound. His ability to transform traditional Ethiopian songs into spacey Minimal-Wave gems creates an ultra hypnotic and psychedelic atmosphere, a sound that you have never experienced before. A genuine talent who carried the long tradition of Ethiopia into another level... 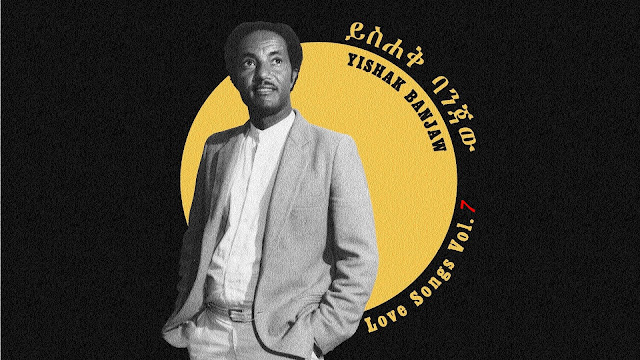 Yishak Banjaw, composer and keyboard player from Addis Ababa known to his country for his innovative compositions and unique sound. His ability to transform traditional Ethiopian songs into spacey Minimal-Wave gems creates an ultra hypnotic and psychedelic atmosphere, a sound that you have never experienced before. A genuine talent who carried the long tradition of Ethiopia into another level.. 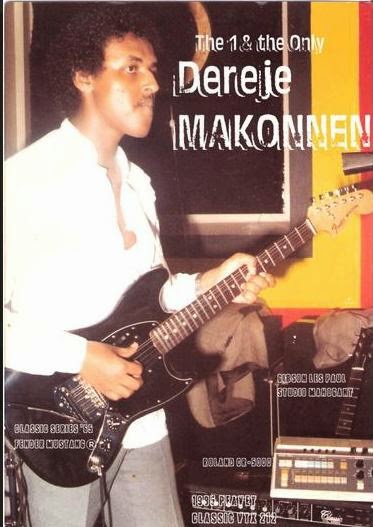 Dereje Mekonnen began his career in the early 1980's as a keyboard player in the Ibex band, which accompanied the singer Mahmoud Ahmed on three albums. Then He founded the formation Dallol, a reggae band with which he concerted in Chicago. He also accompanied  Ziggy Marley on his albums Conscious Party (1988) and One Bright Day (1989), which were awarded the Grammy. After numerous tours with Ziggy Marley and the Melody Makers, he founded band Gizzae in 1991, with which he appeared mainly in Chicago and the Midwest of the USA. He also worked with Ethiopian musicians like Tilahun Gessesse and Ephrem Tamiru. Dereje also produced the first album of Ejigayehu Shibabaw, One Ethiopia (1998).

Dereje Makonnen died young, at the age of 49 years.

To most of his adoring fans that got close to knowing him by first name, he was just simply known to them as "DJ" and more importantly to his own family and ours, we called him Dereje. The 5th one down from a family of eleven (also his favorite chord progression...) and in my humble opinion: the most gifted keyboard player there is among Ethiopian Musicians.

Dereje "DJ" Makonnen was not one to drop names nor pre-occupy his time and energy with whom he has worked with and/or help bring them to stardom, he wanted to play music since he can actually see the blueprint of what the song should be each time the singer/artist bring the lyrics and the "Zema" (pronounced Zay_MAH: a word in amharic which means melody).

Dereje Makonnen was one of the key element in revolutionizing modern Ethiopian Music (meaning using non-traditional musical instruments) He was always playing the guitar [his favorite instrument] the keys and also the bass at the forefront of trying new sounds and arrangement styles that no one was attempting. Many of the current Ethiopian musicians refer to him as a mentor. 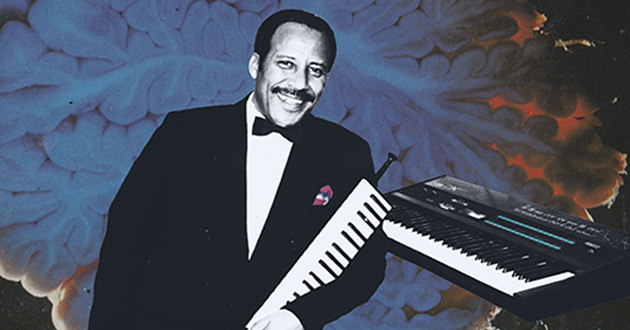 Hailu Mergia was born in Debre Birhan, Showa Province, Ethiopia in 1938 (1946 in the European calendar) to parents Tewabech Ezineh and Mergia Lulessa, who were of Amhara and Oromo ancestry, respectively. His mother took him to Aynemisa, close to Addis, where he grew up from age 3 until he was 10 when they moved to the capital Addis Ababa.

Hailu went to Shimelis Habte high school but dropped out before graduating. In 1952 (1960 in European calendar), he joined the army music department as a boy scout to support his mother. Mergia stayed in the army almost two years, learning how to read and write music.

After Hailu left the army, he started singing in small bars as a freelance musician. He joined various pick-up bands, touring across the Ethiopian provinces as a singer and accordion player for almost a year. After the group broke up, he started performing in nightclubs like Addis Ababa, Patrice Lumumba, Asegedech Alamrew, Sombrero, Zula Club and others. At Zula Club he and his mates formed Walias Band and did something no other band in Ethiopian nightclub history had done: they started buying their own musical instruments. Until then the club owners were supplying the instruments and had the power to fire musicians at will.

For the first time ever Walias Band signed a contract with the owner of Venus Club as a group thereby protecting themselves from club owners. Mergia and Walias Band went on to do gigs at hotels like Wabi Shebele and the Hilton.

After playing almost eight years at the Hilton Hotel, Mergia and Walias Band came to the United States and toured widely in 1982-1983. Afterwards, some of of the band stayed in America while others went back to Addis. That was a heartbreaking time for the band. They considered themselves a family, and they knew they had broken new ground in the history of Addis nightclub musicians. They had helped make the Ashantis Band from Kenya famous in Addis.

They were the first private band who played for state dinners at the palace for the Derg government (twice). And, they were the first private band to tour the USA. After the break-up of Walias Band, Mergia settled in the States and formed Zula Band with Moges Habte and Tamiru Ayele, playing in different restaurants and touring in the States and Europe. 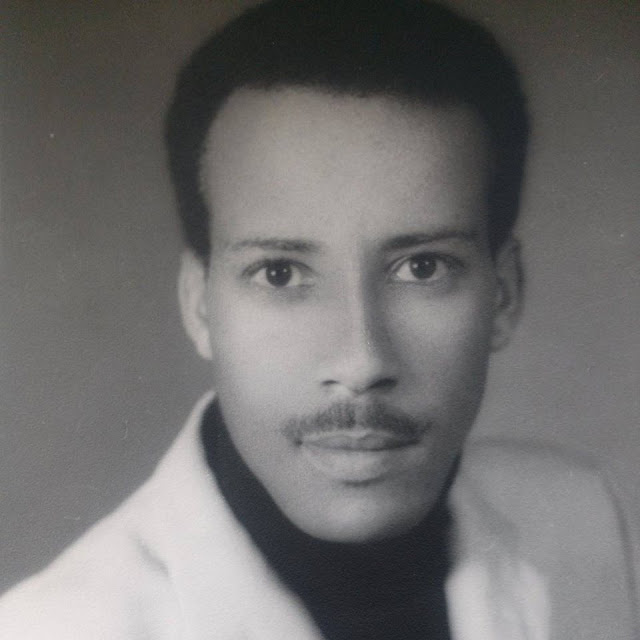 At that time, Mergia made a one-man band recording with accordion for the first time, mixing in Rhodes electric piano, Moog synthesizer and a rhythm machine. That was 1985. This recording was inspired by the early memories of his first instrument, the accordion. After the break-up of Zula Band in 1992, he quit performing and ran Soukous Club for seven years with his partners Moges and Tamiru.

Nowadays he's making his living as a self-employed taxi driver at Dulles International Airport while continuing to record his music and practice as often as possible.