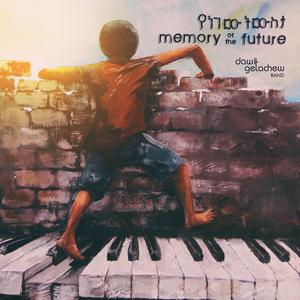 He is one of the best-and most influential artists in Jazz Christian music. Dawit not only sings but also teaches music at “Mekane Yesus Seminary” school of JAZZ music. This young and intelligent artist is one among the group of Zema for Christ choir.  His first CD “ Ethibekehalehu” has been a blessing since it was released.  Dawit is a great growing artist and is an expectation of everybody.


Dawit Getachew  was born to Mintayesh Cherinet and Getachew Abraham in Addis Ababa, Ethiopia at a place known as “Shiromeda”.and grow up in “Debrezeit” with his 3 sisters and 4 brothers.  He grew up in a Christian family, with the word of God and having devotional times with his parents, as a kid Dawit knew that he could sing in those devotional times. Having this talent as a kid Dawit joined his Sunday school choir. The love of music grew in his heart. And he knew that there was nothing on earth that would make him feel good than music. So having this passion Dawit graduated high school from Bishoftu’s preparatory school.

After graduating high school, he moved back to “Addis Ababa” and joined Mekane Yesus Seminary” Jazz Music school, majoring piano. As a student Dawit was one of the best students. His interest and passion for music made him to give all his time and heart, by doing that he was one of the top students found in the school. After spending 3 years at the music school, he completed his studies with a heart to serve God and his people.then he start to lecture in the same school.

In 2007 a choir known as Zema for Christ released their first album known as  “Bemamene Bicha”. Dawit was one of the founder members of the group. The album was amazing in all its musical arrangement and song contents. He arranged most of the songs and produced along Mihret Tegafaw (a member of Zema for Christ). Starting from then Dawit Getachew along with Zema for Christ performed their songs in most churches found in Addis and other parts of the country.  Then Dawit started arranging and producing songs to different gospel artists, including Bethelhem Tezera, Pastor Mesfin Mamo, Samuel T/Michael, Endalkachew Hawaz, Endrias Hawaz and others. Along this journey the biggest encouragement in his life came from his mother and his older sister Addis Kidan , supporting everything he does and helping him by their prayers. so, their prayer played the biggest role in his life.

The first challenge in Dawit's life came from his father. As any Ethiopian, christian parent his father wanted him to continue with his acadamic studies because he believed that the music life of most christians was believed to be difficult for both economical and spiritual life. Deep in side Dawit new that his father purpose is LOVE. Therefore, listening to his father's advice, he was convinced that he should also do more to his life by studying another field of study. He joined the management and leadership college at Mekane Yesus Seminary . Studying for 3 years he got his first Bachelors Degree (B.A) in leadership and development in in June 25,2011.

In 2010 Dawit released his first album known as “Tebekehalehu”. He amazed his audiences in this album. It was beyond anybody’s expectation. Dawit played the major role in his first album joined by Zema for Christ as his back up singers. He wrote all the songs and produced it on his own by bringing a new and spectacular flavor to the existing music industry.