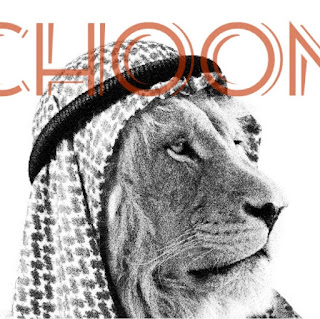 DJ Mitmitta is an Amharic speaking Norwegian and one of the main record collectors based in Ethiopia. He started a music shop in Aware, Addis-Ababa in 2010 called Mitmitta Musika and with that an  – posting accompanying blog - some of the strangest and downright warped, psychedelic pop music I’d heard from the region. Over the past two years he evolved the shop into a commercial record label by the same name re-releasing in collaboration with Domino Sound from New Orleans, a compilation of traditional wedding songs by Getatchew Degefu & friends to great acclaim.

I approached him nearly 2 years ago with the idea for a mix of Ethiopian sounds spanning the 1980s and early 90s. This was a period of great political upheaval in the country. Ethiopia was in the throes of a bloody civil war and at the mercy of a military dictatorship. The production of vinyl recordings stopped, many of the countries leading musicians emigrated to the west amid the political turmoil and the permanent curfew all but ended live music performances.

Much has been made of Ethiopian music pre 1974 – box sets, huge reissue archives, the revival of classic recordings and artists have been lauded by music critics across the land but the same cannot be said about the music produced during the period under military rule (1975 – 1991, commonly known as the "Derg" years) – and that which I had heard was usually negative.

So I present this guest mix by DJ Mitmitta – 2 hours of rare Ethio-Eritrean sounds – synthesizers, organs, wah wahs, pop and traditional sounds from the 80’s and early 90’s. 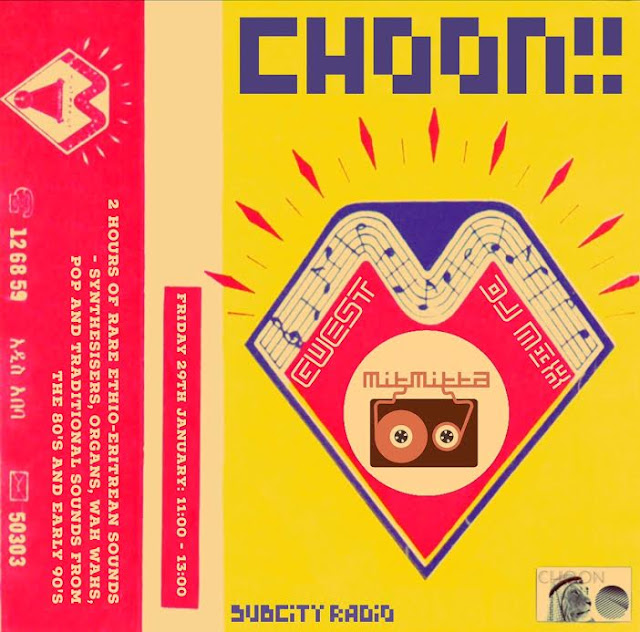 Here are a few words about this mix from DJ Mitmitta…

'The idea of this mix goes several years back from when I had a music shop up and running in Addis. I always said to myself I should make a mix presenting some of the cassettes I had for sale in Mitmitta Muzika Bet. To make that selection it meant I had to digitize every single cassette that potentially could become a part of the mix. This didn't happen, or at least I didn't have enough tapes to make the desired selection and the years went by, the shop closed and those tapes were lost down in collection boxes. It was when mr. chOOn!! from Subcity Radio contacted me that I started to pick it up again – he was interested in the perceived lack of interest and regard from music collectors and archaeologists for music made during the Derg years (1975 – 1991), Ethiopia’s stay under military occupation. Being the only westerner he knew of living in the region with an active interest in and access to lots of this music he asked whether I’d be interested in curating an interesting mix of sounds from this period. So I started picking out the potential cassettes again that could fit into a theme of 80s, instrumentals, pop and traditional sounds. The pile became way to big to finalize in the then near future, so I had to tell him to be patient. Now, almost 2 years later and after having a couple of days off in Dire Dawa, East Ethiopia I managed to punch out the last selection, which became this mix.

The mix's selection consists of lesser-known artists and lesser-known releases of established artists, which somehow have caught my attention. Mostly because of the way the singer sings, or the way a synthesizer or an organ is played, or how the bass or programmed drums play along, or how it's all put together in a different soundscape than what most people are used to from listening to 70s Ethiopian music. It's divided into 4 half-hour sets so that you can easily tape it onto 60 minute tapes. I'm hoping this is something for both Ethiopian and foreign ears. Enjoy!'