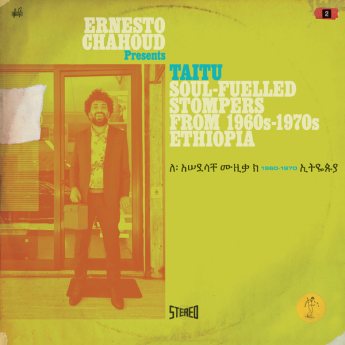 Ernesto Chahoud’s Taitu is a collection of soul-fuelled stompers straight from the dancefloors of 1970s Addis Ababa. A breathless journey through the unique Ethio sound that bands were forging at the time, the 24-track compilation is the result of the Lebanese DJ and crate digger’s decade long love affair with the ‘golden age’ of Ethiopian music.

Among the musical gems featured are 7″s by some of the heavyweights of the scene including Mulatu Astatke and Alemayehu Eshete, the vocalist dubbed the ‘Ethiopian Elvis’, alongside tracks by more obscure artists such as Merawi Yohannis and Birkineh Wurga.

For Taitu, Chahoud has selected 24 of his essential Ethio-Soul 7″s, that never leave his DJ box, and together they capture this opportune moment in Ethiopian music history that saw bands experiment with an armful of influences: gliding through R&B, rock & roll, jazz, funk, soul and boogaloo. What came out was a distinctly Ethiopian interpretation: pentatonic scales, horn-driven melodies and soul-shattering vocals sung in Amharic.

The songs are difficult to box in to one genre but they share a simplicity and rawness, added to by their lo-fi quality – with many recordings made in rudimentary studios with only a couple of mics for the entire band.

From the R&B stomper ‘Honey Baby’ by Alemayehu Eshete to Astatke’s swaggering ethnic-jazz instrumental ‘Emnete’ and the bluesy melancholic vocals of Hirut Bekele on ‘Ewnetegna Feker’, ‘Taitu’ is a window in on the exciting records being made in Ethiopia in the 1970s. 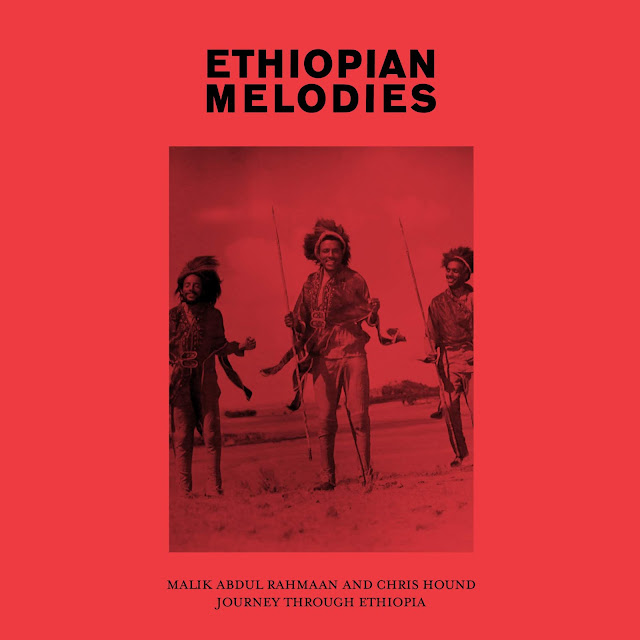 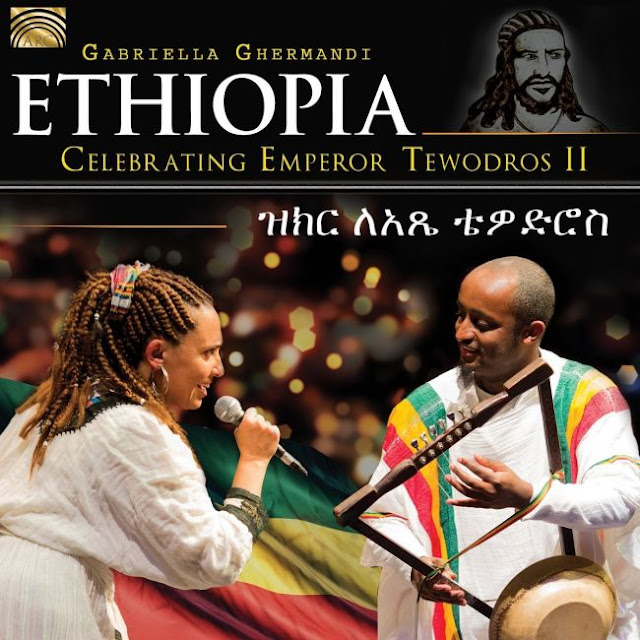 A lively and captivating album by Ethiopian writer and performer Gabriella Ghermandi.

The project takes as their symbol Emperor Tewodros II of Ethiopia (1818 - 1868), who was not of royal lineage but took the throne by sheer charisma and will power and united the country.

With a mix of Ethiopian traditional and modern instruments the group presents a unique and interesting sound based on traditional Ethiopian pentatonic scales. 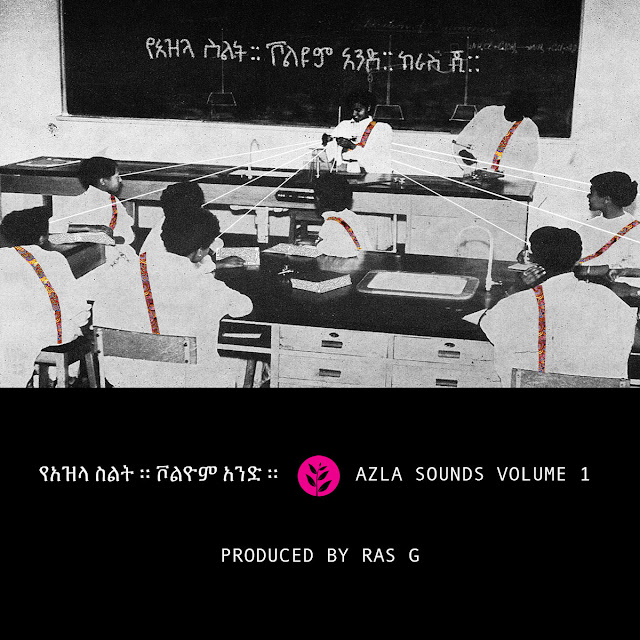 Azla Vegan is a family owned restaurant based in South Central Los Angeles. In addition to serving mama Azla's love-infused Ethiopian food, this family is passionate about sharing the rich artistic traditions of Ethiopia and the Ethiopian diaspora with the world.

Azla Sounds, Volume 1 is the first in a series of recordings presented by Azla Vegan. These recordings highlight the traditions and rich cultures of Ethiopia, as well as the various sounds and textures from the Diaspora that inform our aesthetic. 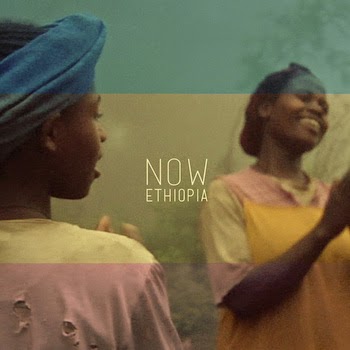 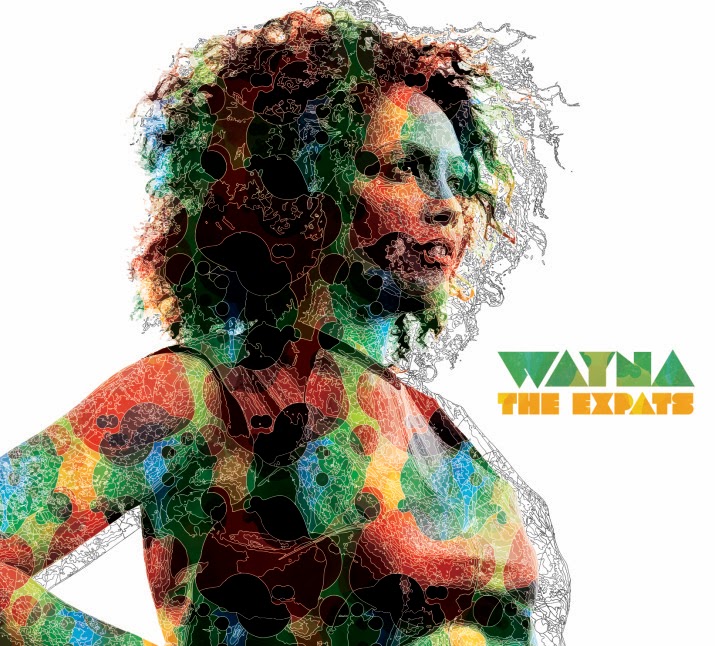 It has been said that Ethiopian-born, singer/songwriter Wayna possesses a voice that is as sweet and pure as it is honest and passionate. This young talent’s love for music started as a child, when she starred in theater productions like “Annie,” and “Damn Yankees” and toured with a children’s musical review company. Wayna went on to hone her vocal talents as a young adult by absorbing the works of her favorite artists, including Minnie Riperton, Billie Holiday, Stevie Wonder, and Donny Hathaway.

While in college, Wayna was crowned Miss Black Unity of the University of Maryland in 1995, earning a one year tuition scholarship and special honors for “Best Talent” and “Best Response to Question” at the 17th annual pageant. The following year, she founded a gospel quartet and performed with the group at the World Famous Apollo Theater in Harlem, NY, where they placed as finalists in the Amateur Night competition. She traveled with the critically acclaimed University of Maryland Gospel Choir and regularly performed at churches and gospel showcases throughout the East coast. 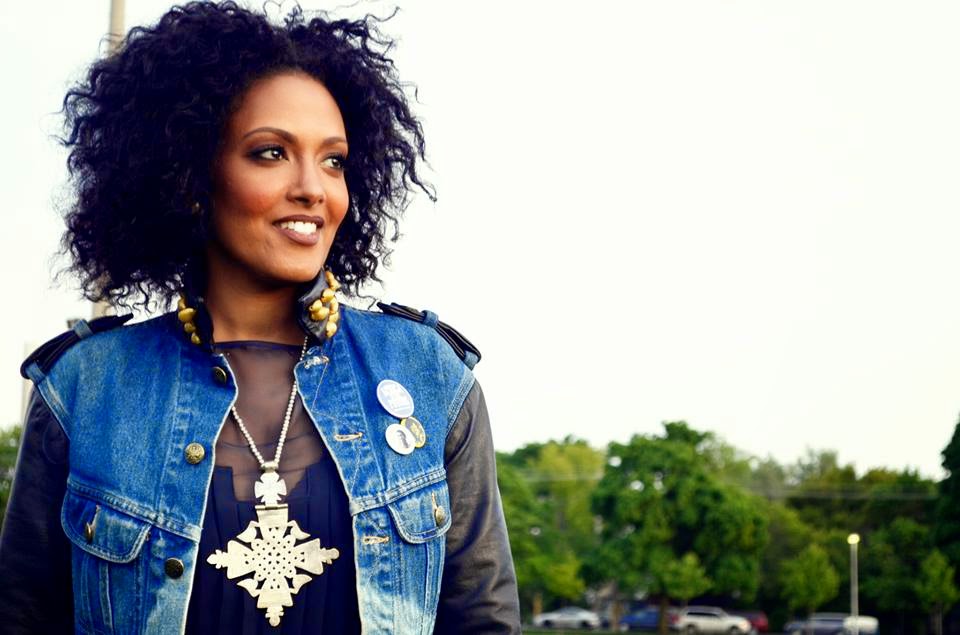 After earning a Bachelor’s degree with a double major in English and Speech Communication from the University of Maryland, Wayna began her professional career as a Writer in the White House for the Clinton administration. But soon, the pull to realize her dream as a recording artist would prove too great. She left to concentrate on her music full-time.

Since then, Wayna has collaborated with legendary studio icon/producer Bill Laswell, with critically and comercially hailed producer Eran Tabib, Jive Records producer, Veit Renn, and former Touch of Jazz standout, Kev Brown. She is a featured vocalist/co-writer on on the Sly and Robbie album, Version Born released by Palm Pictures and also featuring contributions from Killah Priest, Black Thought, and N’dea Davenport. She’s also served as a featured vocalist and writer on a number of independent projects for artists, including W. Ellington Felton, Kenn Starr, Kev Brown, Cy Young, and Tamara Wellons. 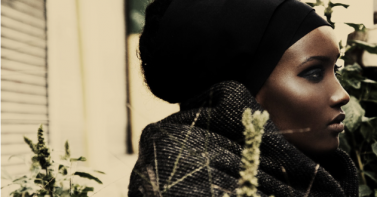 Unlike Wayna's jazzy neo-soul albums Moments of Clarity, Book 1 and Higher Ground (which earned her a Grammy nod for "Lovin You (Music)"), her latest release, The Expats, explores the Ethiopian-born singer-songwriter's desire to sonically travel, employing greater world beat influences while drawing on unexpected sides of her voice.

Standout opening track "Yo Yo" shows off her dreamy melodic vocals against African beats, revealing that although she's labeled a progressive R&B artist, she would shine in more rock-based genres, too; on the theatrical "Freak Show," her crazy range soars to operatic levels. There are moments where Wayna's flawlessly executed vocals sound strident, making one miss the sultry soul she showcased on previous releases, like "I Don't Want to Wait," a track on which uncooperative production aims itself in too many directions, ultimately working against itself. Overall, Wayna has an innate ability to enrich each song with atmosphere, making The Expats a sweeping global affair: the songs take you to the Sahara desert ("Echo") and the lush plains of Jamaica ("Amazing"), all the while bringing something to music that is too special to ignore. 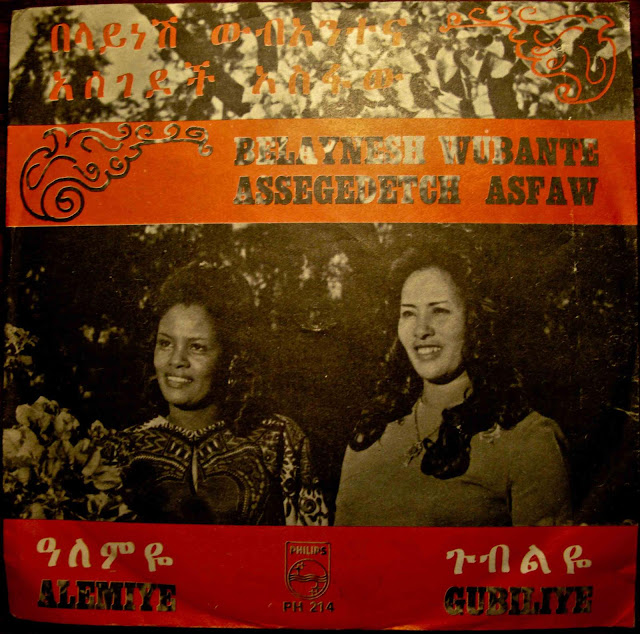 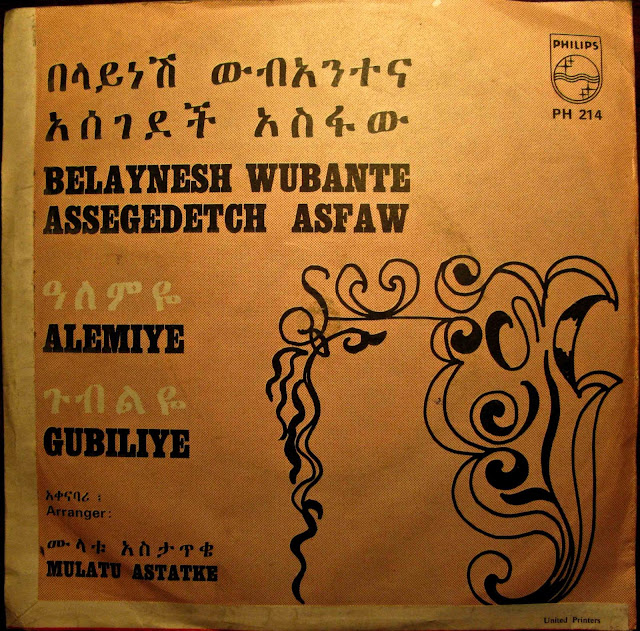 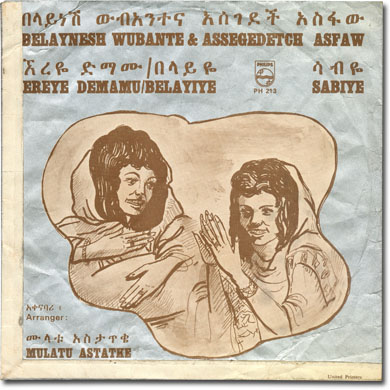 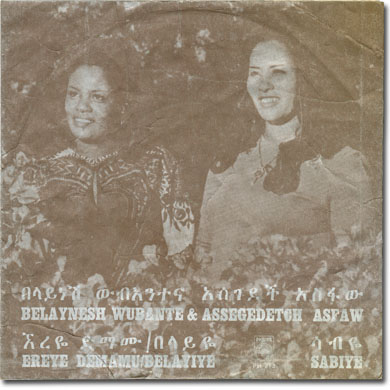 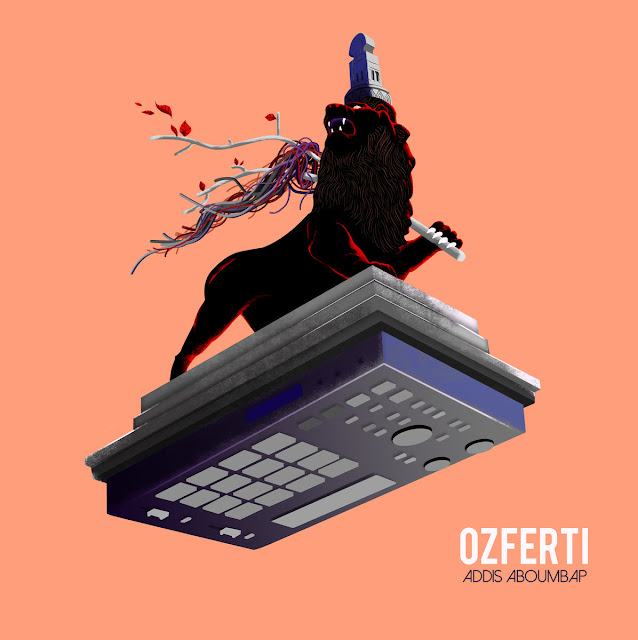 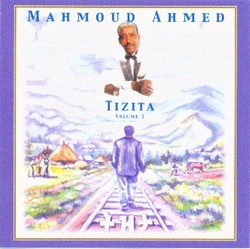 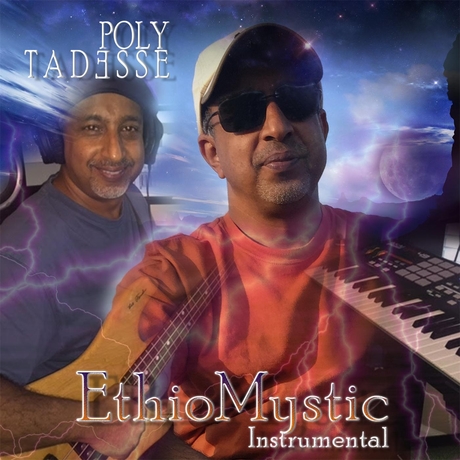 Ethiomystic is a fusion of traditional and contemporary jazz, reggae and rock that makes you want to listen to it again and again. I tried to offer simplicity using just a few instruments. Yet, there’s a layered approach, with rhythm, melody, and harmonies that unlocks a unique, refined sound. - Paulos Tadesse

Instrumental music situated at the crossroads of many of influences- traditional song, afro-beat, reggae, jazz and funk. 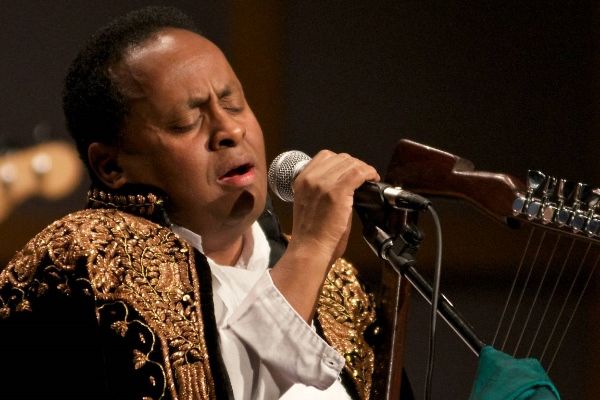 Born in Addis Ababa, Ethiopia, Fantahun hails from a country with a diverse mix of rich culture, tradition and music. Affectionately called “Fantish” by his friends and fans, Fantahun discovered his talent for music at a very young age when he participated in school performances as a singer, often imitating famous Ethiopian vocalists like Muluken Melese and his idol the late Tilahun Gessesse, undoubtedly the most revered and iconic figure who dominated Ethiopia’s modern music for almost half-a-century. To develop his talent, Fantahun joined the Yared School of Music in Addis Ababa, where he studied for four years and graduated in the early 80’s with a diploma in trumpet and the Ethiopian traditional instrument called krar, a harp-like five-or six-string lyre played using the fingers or in combination with a pick. His stint in the school not only provided him with the necessary academic credential and a better understanding of what underlies his music, but also created the historic opportunity of producing the Amharic hit song “Kiraren Biqagnew”, his signature song that introduced him to the public. Fresh from school, he was hired by the renowned Ethiopian National Theatre as a trumpet player and worked as a vocalist on the side with the Mahiran Band that he co-founded.

He released his first album - Kiraren in 1986 with the Mahiran band. He released three more albums: “Min Yelelesh Ale”, “Shegnichesh Semeles”, and “BeYikirta”. Besides his artistic and administrative responsibilities at the Ethiopian National theatre where he worked for over 20 years in various capacities including Coordinator of the music department, Fantahun formed one more music band –the Medina Band, collaborated with famous musicians and also went on international music tours in Africa, North America, South America, Europe, China and the Middle East.

While in tour in Paris, France, Fantahun collaborated with the famous and now US-based Ejigayehu Shibabaw, a.k.a. Gigi., and released the “Ethiopian Love Songs” album. His tour with a group of musicians that included four German instrumentalists (Jochen Engel, Patrick Langer, Jörg Pfeil and Michael Ehret) and four Ethiopian vocalists (Abonesh Adnew, Tigist Bekele, Wondwossen Kassa and Binyam Kindya), organized under a band called “Sounds of Saba” offered Fantahun the opportunity to fulfill his dream of introducing Ethiopian music to the rest of the world and also to participate in the group’s 1998 “Tizita” album in which he participated as a vocalist, kirar player and percussionist. Representing Ethiopia with the Cultural Orchestra of the ENT, Fantahun has participated at some of the biggest international musical events including the Ravera festival in Italy and the Houston International festival in Texas, USA. 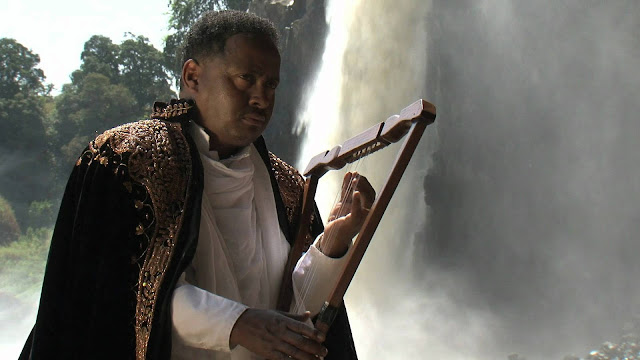 Fantahun made Toronto his new home in 2011 and he has since collaborated with fellow Ethiopian and other Canadian musicians and performed at such venues as the Glenn Gould Studio, Lula Lounge, Harbourfront Centre, the Music Gallery, the Gladstone Hotel and the Luminato Festival. No less important is his contribution to the Ethiopian Community in Toronto. In the same year he arrived in Toronto, for example, he got himself busy serving as artistic director of a spiritual concert & drama organized by fellow artists in collaboration with the choir of the Toronto Membere Birhan Saint Mary Ethiopian Orthodox Cathedral to raise fund for the construction of the Church’s new cathedral. The show was a complete sell-out and a phenomenal success.

Regarding his plans in music, Fantahun has a keen interest to introduce Ethiopian traditional music, which he says has gained more and more popularity in many European countries but not so much here in Canada. In addition to his many personal projects in the pipeline, he plans to introduce to Canadians Ethiopia’s distinct modal system that is pentatonic called qenet, of which there are four main modes: tezeta, bati, ambassel, and anchihoye and other additional modes which are basically variants of the four modes.