Girma Beyene was one of the arrangers who made the Ethiopian music of the Golden Era different than the music of today. He was a lyricist, a music writer, an arranger, a vocalist, an accomplished pianist and finally a bandleader. To most, if any name comes to mind with the word arranger, it is probably that of Mulatu Astatke. Yet, according to Ethiopiques Series producer Francis Falceto*, in the heyday of vinyl records, Girma Beyene is credited to having arranged close to 65 titles, compared to Mulatu's 40.

The 7th edition of the Ethiopian Music Festival held from the 7th to 17 May 2008 in Addis Ababa. Organized by the Alliance Ethio-Francise as a part of its centenary celebration and as a tribute to the Ethiopian pianist, composer and arranger Girma Beyene, the festival bring renowned and young musicians. 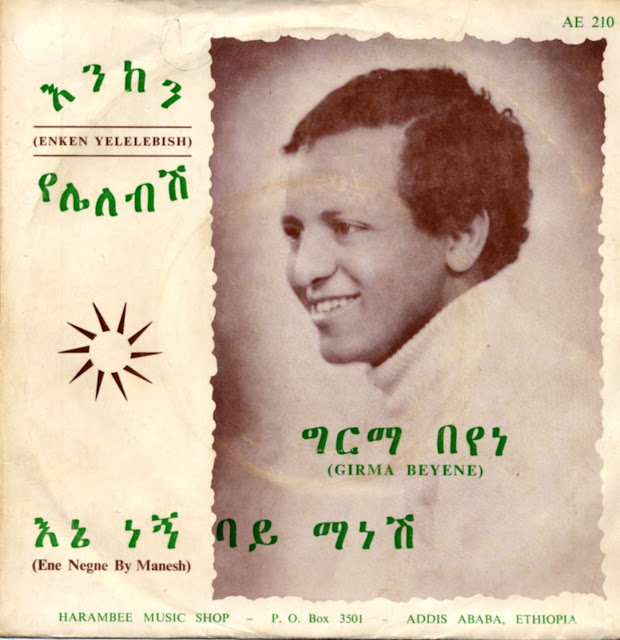 Francis Falceto in his book Abyssinia Swing, a pictorial history of modern ethiopian music describes Girma as one of a pioneering generation of artists that has a huge influence on the current ethiopian music.

From the very beginning of the 1960’s and for some twenty years, he ranked among the ethiopian musical scene’s most creative and prolific artists. He left precious few recordings behind him as a vocalist: it was above all as a pianist, organist, composer and arranger that Girma made his mark on what is today agreed to be the golden age of ethiopian music.

Throughout the heyday of Vinyl record production (1969-1978), the figure of Girma Beyene dominated the recording sessions. The then-privileged partner of Alemayehu Eshete, Girma innovated, through his simple and to-the-point playing, melding the lightness of pop into the ethos of a changing Ethiopia. Admired for his musical elegance, Girma none the less met one of the saddest fates in ethiopian music. Though his countrymen still remember his charming voice and his knack for pop, they have totally forgotten his role and importance as an innovator.


Going into exile in the USA in 1981, Girma departed the ethiopian music scene, sinking into the anonymous “Little Ethiopia’ of America’s East Coast.

According the Alliance booklet, there has been a renewed interest of late in the work and personality of Girma Beyene.

International groups such as the Either/ Orchestra, The Daktaris, Le Tigre (Platanes), The Ex, Badume's Band and Antibalas have added some of Girma’s major compositions to their repertoires. 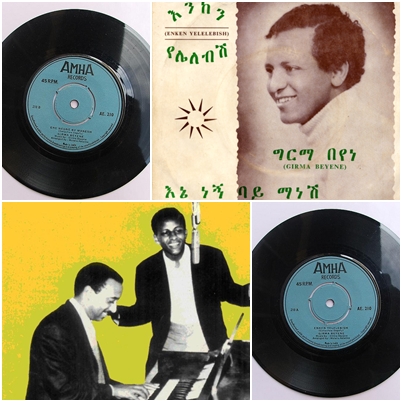 I really like your site.. keep up the nice work!
Do you know what the theme is by the way?